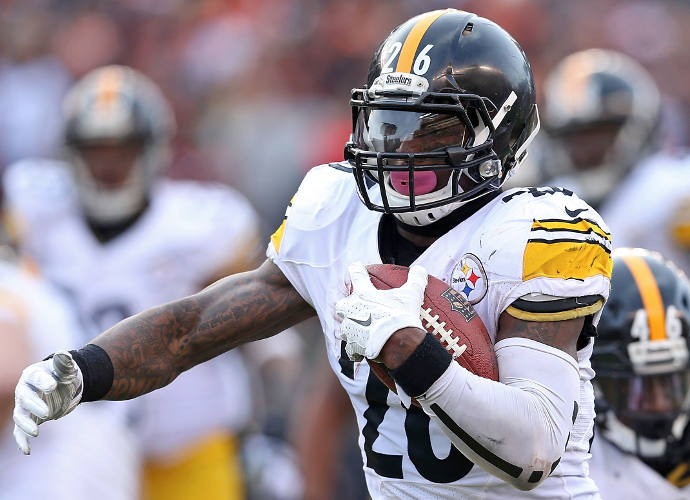 In lieu of Patriots quarterback Tom Brady receiving a four game suspension due to his participation in deflategate, he may not end up serving all of it as Pittsburgh Steelers running back Le’Veon Bell had his three game suspension reduced to two games after the NFL Players Union and the NFL reached a settlement agreement.

The parties involved began negotiations as the Steelers began their training camp in Latrobe, Pa., on Sunday. It is seems rather suspicious, however, that the NFL did not have the official agreement confirming the agreement to have the reduced sentence while sentencing Tom Brady on Tuesday.

Bell was suspended for a DUI arrest involving smoking marijuana at the wheel. He told officers that while he did indeed smoke, it was “two hours ago, I’m not high anymore.”

The NFL is starting to crack down on DUI or drug possession with their new policy on drunk driving arrests that result in an immediate two game suspension, and additional game suspensions if supplemented by “aggravating circumstances” relating to drug use, possession or property damage are discovered.

When the Patriots and Steelers come to play in the NFL Kickoff game, both top tier players will be on the sideline, with Bell returning in Week 3 against the St. Louis Rams.