LaVar Ball Issues Ultimatum To Lakers: Sign LiAngelo And LaMelo Within Two Years, Or Lonzo Is Out - uSports.org 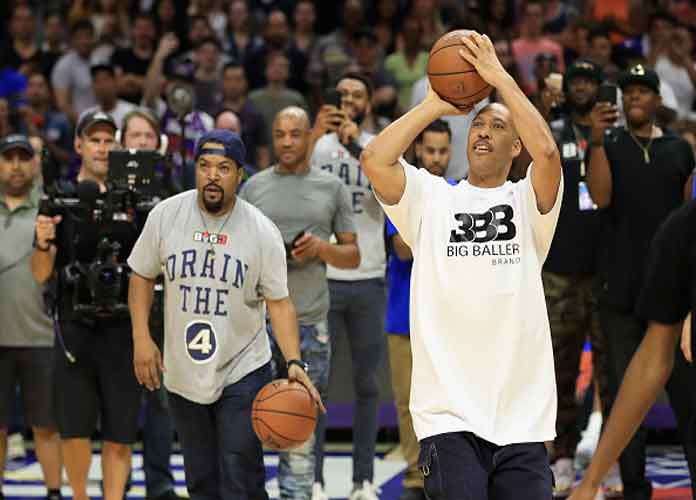 LaVar Ball Issues Ultimatum To Lakers: Sign LiAngelo And LaMelo Within Two Years, Or Lonzo Is Out

LaVar Ball has threatened the Los Angeles Lakers all the way from Eastern Europe, where his younger sons LiAngelo and LaMelo have been playing basketball.

The abrasive founder of sports apparel company Big Baller Brand warned the Lakers on Monday that if they didn’t sign his two younger children in two years — when the oldest Ball son Lonzo, a Lakers rookie, will become available for free agency — LaVar will pull 20-year-old point guard Lonzo off the team.

LiAngelo, a 19-year-old former UCLA player, and 16-year-old LaMelo — who was pulled out of high school early by his father — recently began playing with Prienu Vytautas in the Lithuanian League (LKL), a minor team in the nation, and have reportedly not had much success there.

“I want all three boys to play for the Lakers,” LaVar said in conversation with Lithuanian sports writer Donatas Urbonas. “But if that does not happen, I’m telling you the story what’s gonna happen first. If they don’t take Gelo this year, I bring back Gelo here to play with Melo for two years. Lonzo will be on his third year, and I let every NBA team know that Lonzo is not going to re-sign with the Lakers but will go to any team that will take all of my three boys. That’s my plan.”

Golden State Warriors co-owner Peter Gruber was asked his reaction to LaVar’s statement by TMZ, and this is what he said:

“I don’t listen to that conversation,” said Gruber. “I have a disconnect.” He then mouths some words that aren’t all completely discernible, but it is clear Gruber is not interested in learning more about this.

ESPN First Take’s crew, including the equally outspoken Stephen A. Smith, also had a few words to say about LaVar Ball’s ultimatum:

Lonzo recently sprained his left MCL and has been ruled out through the All-Star break to give the Chino Hills, California native enough time to recover. He has missed 13 straight games since sustaining the injury on Jan. 13, but returned to practice on Tuesday.

Lakers coach Luke Walton has not provided an estimated return date for Lonzo. The team’s first game after the break is Feb. 21 against Dallas.