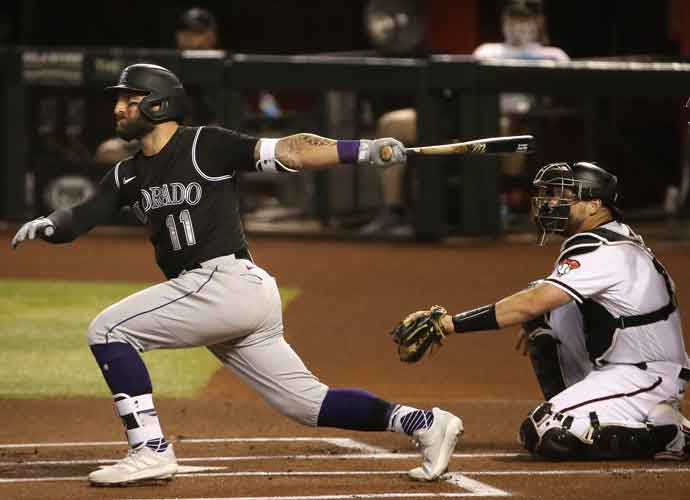 PHOENIX, ARIZONA - SEPTEMBER 25: Kevin Pillar #11 of the Colorado Rockies hits a double against the Arizona Diamondbacks in the first inning during game two of a doubleheader at Chase Field on September 25, 2020 in Phoenix, Arizona. (Photo by Christian Petersen/Getty Images)

Spring training is fast approaching for MLB teams. This means that free agency is almost over and teams are making last-minute deals to improve their respective rosters. Here are some of the latest offseason moves across Major League Baseball.

The New York Yankees have signed left-handed reliever Justin Wilson. Wilson spent the last two seasons with the Yankees’ crosstown rivals, the New York Mets. In his two seasons with the Mets, the hard-throwing lefty posted a 2.91 ERA. The 33-year-old reliever has two primary pitches: a mid 90s fastball, and a cutter. Adding Wilson will provide the Yankees’ bullpen with more depth after New York shipped Adam Ottavino to the Boston Red Sox.

Meanwhile, the Mets made a move of their own. According to ESPN’s Jeff Passan, the Mets have agreed to a one-year deal with free-agent centerfielder Kevin Pillar. The 32-year-old hit a solid .308 during the pandemic-shortened season and swatted two home runs to go along with 13 RBI’s in 24 games for the Colorado Rockies. The Mets will be the fifth MLB team that Pillar has joined.

The San Diego Padres are continuing to make offseason moves with the recent signing of veteran reliever Keone Kela. The 27-year-old has been effective as a relief pitcher over his career. Last season, Kela only pitched two innings due to an injury. However, Kela posted a 2.93 ERA in 2018 and a 2.12 ERA in 2019 with the Pittsburgh Pirates. Over his six-year career, Kela has a 3.24 ERA and has struck out 266 batters while issuing just 86 walks. The Padres’ bullpen will only improve from this latest addition.

In other news, the Rockies have signed veteran first baseman C.J. Cron to a minor-league deal. The addition of Cron creates a position battle at first base in Colorado. Cron will compete with Greg Bird and Josh Fuentes for the starting first basemen role. Prior to suffering a knee injury last season, Cron hit four homers and batted .190 over 52 plate appearances for the Tigers. Considering Cron’s downward trend over the past couple of years, most expect Fuentes to win the starting job.

Pending a physical, the Minnesota Twins have inked Matt Shoemaker to a one-year, $2 million deal. The 34-year-old pitcher can earn another $250,000 in performance bonuses according to sources. In six starts with the Toronto Blue Jays last year, Shoemaker went 0-1 with a 4.71 ERA.

Rounding out the last MLB acquisitions, the Milwaukee Brewers added former All-Star closer Brad Boxberger to a minor league deal. Boxberger has not pitched particularly well since his 2015 All-Star season, though he did bounce back a bit last season. In 2020, Boxberger posted 3.00 ERA over 18 innings. While he finished the season 1-0, his 1.39 WHIP leaves a lot to be desired. Time will tell if Boxberger can reestablish his career or if his best pitching days are a thing of the past.