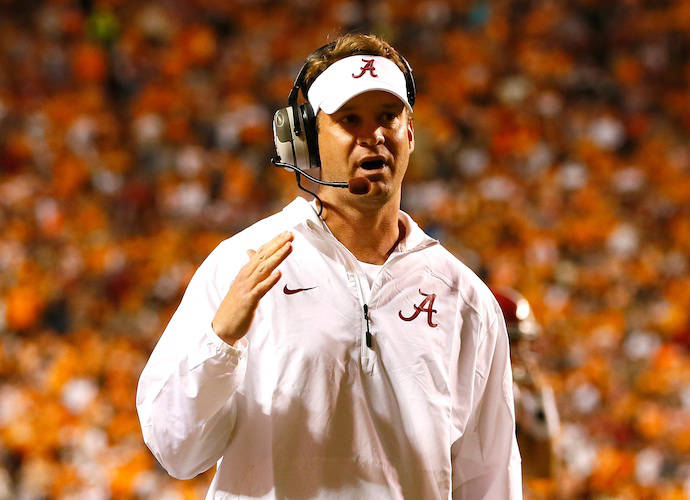 Lane Kiffin has helped reinvigorate Florida Atlantic’s football program in just one season, and now he is reaping the benefits.

The 42-year-old head coach has reportedly signed a contract extension with the Owls that will keep him with the team through 2027.

Florida Atlantic (11-3, 1st in C-USA East) defeated Akron 50-3 on Tuesday night in the Cheribundi Tart Cherry Boca Raton Bowl for the team’s tenth straight victory. The Owls were undefeated (8-0) in their conference this year.

“We expect to play this way, and we’re just getting started,” Kiffin said after the bowl win. “This ain’t about me. I feel great for our players and fans. They haven’t won in a long time here.

“This has got to be the hottest team in the country.”

FAU’s 11 wins are the most in program history for the Owls in their 13 years as an FBS school. Before Kiffin arrived this year from Alabama — where he had spent three seasons as offensive coordinator and quarterbacks coach — Florida Atlantic had suffered through three consecutive 3-9 seasons.

The Owls’ ten-game win streak is the second longest in the country behind the 12-game run put together by Central Florida.

Kiffin’s initial deal, which was for five years, paid him $950,000 annually. His new contract will run through December 2027. According to USA Today, Kiffin is ranked 80th among FBS head coaches in terms of pay for 2017.

Kiffin began his coaching career as an assistant at Fresno State in 1997. His longest tenure was at USC, where he worked in different types of assistant roles. He was also the Trojans’ head coach, but was fired five games into his fourth season.

Kelly noted in a recent interview with ESPN Kiffin’s impact on FAU has not just been limited to football. The school’s president said out-of-state applications for the 2018 fall semester were up 35 percent.