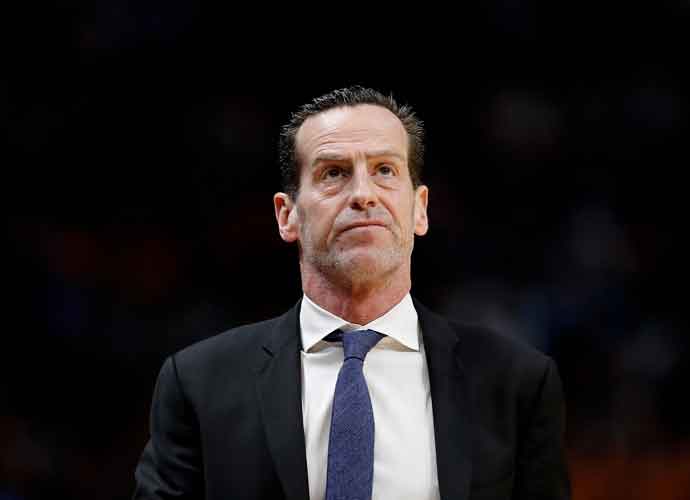 MIAMI, FLORIDA - FEBRUARY 29: Head coach Kenny Atkinson of the Brooklyn Nets reacts against the Miami Heat during the second half at American Airlines Arena on February 29, 2020 in Miami, Florida. (Photo by Michael Reaves/Getty Images)

The Los Angeles Lakers have requested and received permission to interview Golden State Warriors assistant Kenny Atkinson to be their head coach.