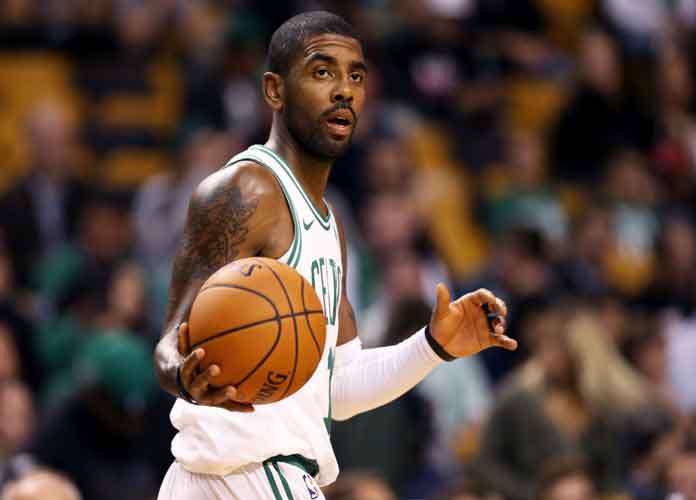 When the Boston Celtics took on the Brooklyn Nets Wednesday night at TD Garden in Boston, one notable player was missing from the court: former Celtic Kyrie Irving.

This contest was previously determined to be Irving’s highly anticipated return to Boston; however, the point guard has been hindered by a shoulder injury and thus was left ut of Wednesday’s matchup and possibly games beyond that.

Many Celtics fans have criticized Irving and called him a “coward,”  as the former Celtic was likely slated to hear an earful in his return to the court at TD Garden.

On the other hand, current Celtics guard Jaylen Brown is not concerning himself as much with Irving’s imminent absence:

“Obviously, he’s a great player for them and makes their team better, despite what they probably say,” Brown said, via WBZ News Radio’s Adam Kaufman. “It would’ve been nice, it would’ve been great to compete against a former teammate. Those are always fun.… Well, we’ll catch him next time, then.”

This year for the Nets, Irving is currently averaging 28.2 points and 7.2 assists per game and has been a real asset to a Brooklyn team that currently sits in seventh place in the Eastern Conference at 9-8 overall. It is unclear, as of now, when he will return to the hardwood.

Former NBA player Kendrick Perkins had a different opinion, stating that he thought Irving concocted the injury to get out of playing in Boston.

“Kyrie looked at the schedule before the season started and planned this whole injury thing because he didn’t want to go back to Boston this upcoming week!!! He didn’t want that smoke in the Bean Town. Smh,” Perkins tweeted Friday.

Kyrie looked at the schedule before the season started and planned this whole injury thing because he didn’t want to go back to Boston this upcoming week!!! He didn’t want that smoke in the Bean Town. Smh