Kyle Lowry Calls Out Sixers Fan Who Heckled Him In Philadelphia: 'Come See Me' - uSports.org 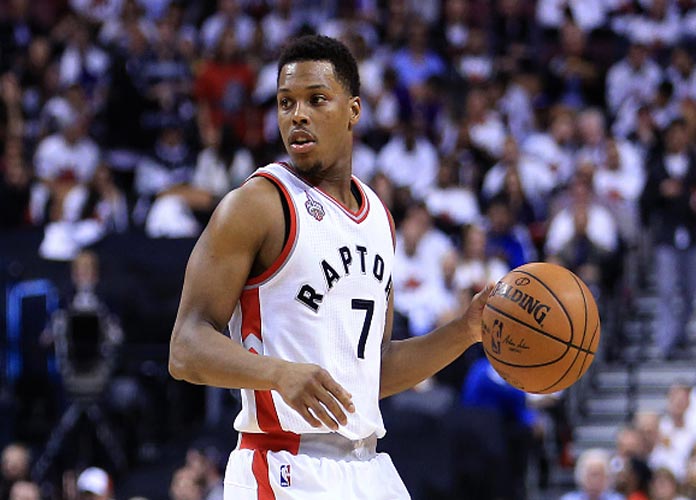 Kyle Lowry Calls Out Sixers Fan Who Heckled Him In Philadelphia: ‘Come See Me’

Toronto Raptors point guard Kyle Lowry was overheard yelling “Come see me” at a Sixers fan on his way to the locker room after a 110-104 loss in Philadelphia on Sunday.

Appear repeating the phrase, Lowry added, “I live at 20th and Lehigh. Come see me,” according to the Philadelphia Inquirer.

“I don’t know him. He talks to much, but isn’t worth my time,” said Lowry. In the post-game locker room interview, he said it wasn’t surprising that something like this would happen to him as someone who was born and raised in Philly. “No. It’s Philadelphia. I respect it. When I come home, I’m going to be there, so if they’ve got a problem, they can find me,” Lowry joked.

The former Villanova Wildcat has missed the last 11 games with a thumb injury and returned this past Tuesday against Miami. He finished the game with 26 points, six rebounds and five assists in 38 minutes. The Raptors started the season off hot and were on a seven-game winning streak before losing the last three games. This includes their first two home losses of the season.

Coming off the first championship in Toronto’s history, the Raptors are looking to fill the void that Kawhi Leonard left after signing a free agent deal with the Clippers this offseason. They already had one of the best defensive teams last season, but this year without Leonard players like Pascal Siakam and Fred Vanvleet are getting more touches and showing improvement on their offense. Siakam is averaging 24.6 points, 8.5 rebounds and 3.7 assists per game.  All of which are career-highs and will most likely lead to the forward’s first all-star selection. Vanvleet is also averaging career highs in four categories contributing 18 points, 3.8 rebounds and 7 assists per game in 36.6 minutes of action.

Lowry looks to be returning to all-star form himself with averages of 21 points, 4.6 rebounds and 6.9 assists this season through 11 games. The first time he’s averaged over 20 points since the 2016-17 season.

The Raptors look to snap their losing streak when they face the Bulls in Chicago tonight before facing the Clippers at home in Leonard’s return.