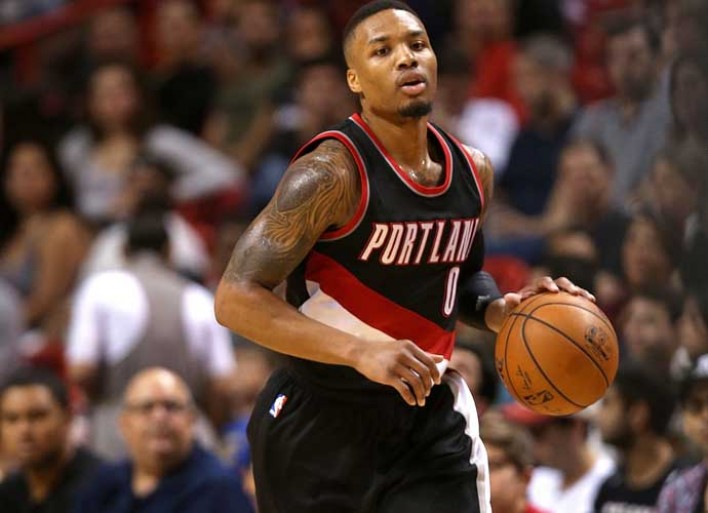 The Knicks lost their tenth straight game after getting blown out by the Trailblazers 115-87 Tuesday night.

Damian Lillard had his way with the Knicks scoring 31 points, including eight three-pointers and six assists. The paint was dominated by Hassan Whiteside who scored 17 points and 15 rebounds with five blocks in 26 minutes. Former Knicks all-star Carmelo Anthony shot 50% from the field posting 16 points and two steals. “We were locked in, since this morning, since shootaround, we were locked in. Dame came out and led us, Hassan played great, but I thought overall defense was what got us going. We were talking, we were active, a lot of energy on the defensive end,” Anthony told Yahoo Sports.

“Anytime you have that type of win, and the way that we did it, I think we should feel good about it. Especially in a game that we feel we should have won,” Lillard said.

“It was a team we felt we should (defeat) on our home floor, but I thought our approach and how we came out, not looking like it was going to be an easy game or nothing like that — we respected our opponent. We did the right things defensively, we executed our scouting report and offensively we executed as well as we have in a while, maybe all season,” Lillard told Yahoo Sports.

On the receiving end of this beatdown were the last place Knicks with a record of 4-20. Firing former coach David Fizdale last Friday, the team’s identity has continued to crumble after losing ten straight games. In Tuesday’s game, the Knicks were down 19 at the half and didn’t stand a chance after going 7-38 from three.

The front office struck out on landing a big free agent in the summer, and tried to recover by signing three power forwards and some role players. Julius Randle is a good player and Marcus Morris has played very well offensiviely, but the point guard position has been inconsistent. Dennis Smith Jr. is averaging an unacceptable 5.4 points per game shooting 31% from the field, and the team needs to move on from Frank Ntilikina who’s numbers are just as bad.

On paper the team has more talent than last year’s 17 win team, but the chemistry hasn’t improved and there’s no indication that the Knicks will sort out their problems with interim Head Coach Mike Miller. There’s too many players that play the same position and second year guys like Allonzo Trier and Kevin Knox need consistent minutes to develop. New York is also ranked dead last in defense rating, according to NBA Team Stats.

They continue their four-game road trip in Golden State Wednesday.