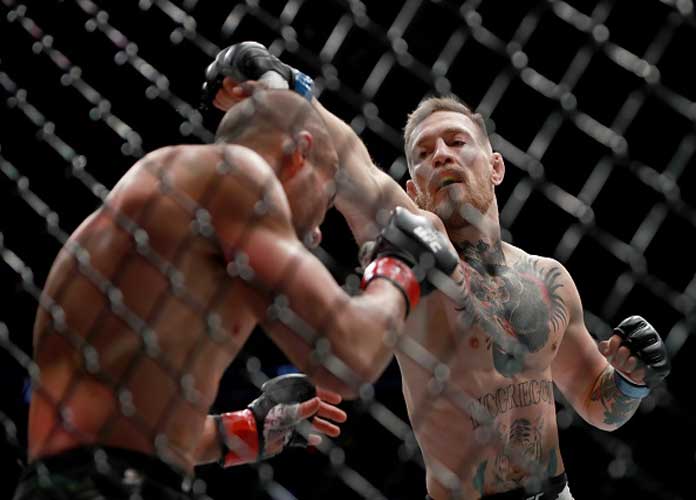 Former UFC lightweight champion Khabib Nurmagomedov has been outspoken about his belief that Conor McGregor has seen the last of his days in mixed martial arts and advocates for the MMA to stop supporting McGregor after his recent loss to Dustin Poirier.

Prior to Nurmagomedov’s retirement in 2020, he defeated McGregor in a 2018 title fight. Both before and after the fight, things got chaotic. McGregor threw an object at the bus Nurmagomedov was on and insulted Nurmagomedov’s wife, father and religion. Nurmagomedov famously leaped out of the octagon and confronted McGregor’s team after defeating him.

On Saturday, July 10, McGregor lost to Poirier at UFC 264 after a doctor stoppage was implemented due to McGregor breaking his leg. Even after the loss, McGregor directed threats and insults at Poirier. Nurmagomedov claims the sport will be damaged if they continue to support McGregor. He believes McGregor will not see any more success in the future.

Nurmagomedov’s statement continued, “I saw a lot of tweets try to support him. How are you gonna support this guy? When kids, young generation watch him, watch this sport? If you want to promote your fight, promote. If the MMA community is going to support this bad people, this sport is going to go in a bad way.”

Nurmagomedov discussed McGregor’s current level of fighting and does not believe his old rival will ever return to his peak performance due to a ‘lack of hunger’ and the recent leg injury.

“Without broken legs, yes, he could be the same,” Nurmagomedov said. “But with broken legs, he’s never going to kick the same. With him, no, I don’t believe he’ll return to the top. Conor have good age 32, but what happened with his mind, legs — this guy is finished, but he’s good for promotion.”

Nurmagomedov went on to predict McGregor would be provided a matchup with either Poirier or Nate Diaz next but expects him to lose no matter the opponent.