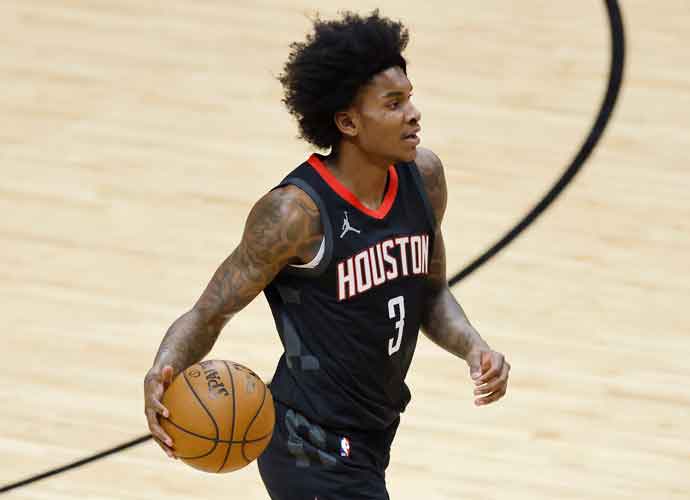 MIAMI, FLORIDA - APRIL 19: Kevin Porter Jr. #3 of the Houston Rockets in action against the Miami Heat during the first quarter at American Airlines Arena on April 19, 2021 in Miami, Florida. NOTE TO USER: User expressly acknowledges and agrees that, by downloading and or using this photograph, User is consenting to the terms and conditions of the Getty Images License Agreement. (Photo by Michael Reaves/Getty Images)

The Houston Rockets have had a very unremarkable season, with a paltry 16 wins compared to 47 losses. They lost star big man Christian Wood for a part of the season, they parted ways with Demarcus Cousins and John Wall is now out for the remainder of the season. It’s reasonable to assume when James Harden was traded earlier this season from the Rockets to the Brooklyn Nets, one assumed that there wouldn’t be a lefty combo guard dropping a 50-point double-double in the Toyota Center for a really long time. Boy, was everyone wrong.

Kevin Porter Jr, traded from the Cleveland Cavaliers for just a second-round pick, scored 51 points and added 11 assists in the Rockets’ 143-136 victory over the Milwaukee Bucks. Porter Jr. became the youngest player of all time with a 50-point, 10-assist game, surpassing LeBron James, who did it at age 23. Porter Jr. was also the fourth-youngest player of all time to score 50 points, behind elite scorers James, Devin Booker and Brandon Jennings. This was a truly remarkable game for a player who was fined over 50 grand just a day ago, for entering a strip club.

Porter Jr is clearly a very talented player. In just his second season in the NBA and first with the Rockets, he averaged 15.2 points per game, as well as 6.2 assists per game on 41% from the field. His issue lies off the court. Going back to his college days, he’s frequently been suspended or fined for disorderly conduct and poor actions. If Porter Jr. can get his head on straight, he could be the start of a great young nucleus going forward. With an assuredly high draft pick this upcoming draft due to poor play this year, star center and most improved candidate Wood and Porter Jr. could lead the Rockets to being a contender again in just a few seasons. They own the majority of Brooklyn’s draft capital as well. The future appears to be very bright in Houston.