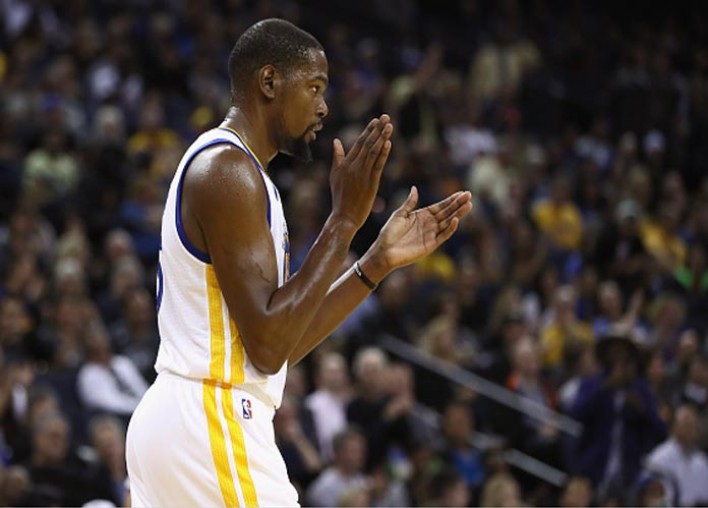 Only a handful of Golden State Warriors players hung around in the locker room before their home game on Christmas.

Kevin Durant and Draymond Green proved too much for LeBron James and the Cleveland Cavaliers as they raced to a 99-92 victory at Oracle Arena on Monday.

Durant had a team-high 25 points and game-high five blocks along with seven rebounds. Green recorded a triple-double with 12 points, 12 rebounds and 11 assists. He is only the sixth player in NBA history to have a triple-double on Christmas.

“It was a good game,” James said. “Both teams had a hard-fought game. They had a lot of transition points. They kicked our butts in transition. That was basically the tell-tail sign for us in the loss.”

The intensity level of the matchup felt like that of an NBA Final, and tempers were flaring. Green and Durant both drew first-quarter technical fouls. Durant picked up his for arguing with an official because he believed he was tackled by JR Smith while shooting a transition three-pointer.

Moments later, Jose Calderon fouled Durant, who confronted the Cavs’ Spanish point guard. No fists were thrown, however, as officials quickly broke up the altercation.

Stephen Curry remained out for the Warriors with a right-ankle sprain, which has sidelined him for a few games.

Defensively, the Warriors held Cleveland to 32 percent shooting and posted eight blocks, while the Cavs had none. James registered 20 points on 7-of-18 shooting to go with six boards and six assists.

The two teams will face off again on Jan. 15 for the final time during the regular season.

The Cavaliers (24-10, 3rd in Eastern Conference) next visit Sacramento on Wednesday, when the Warriors (27-7, 1st in West) host the Utah Jazz. 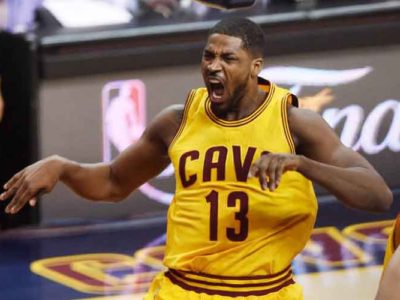