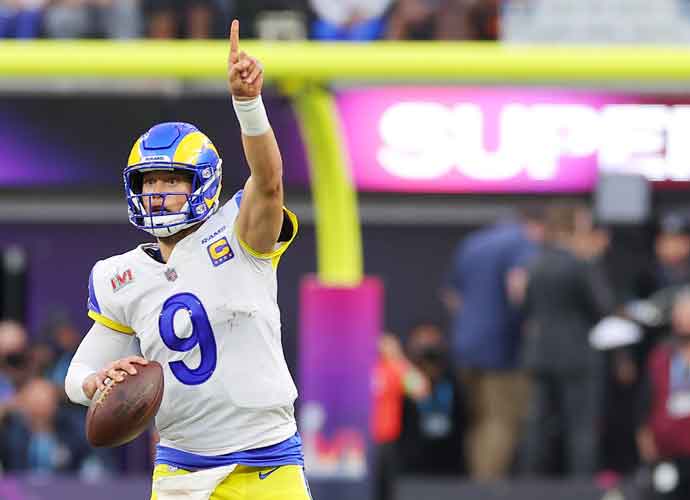 “You ask the questions and you do the right follow-ups and determined that they felt like that was the best thing for (Stafford),” McVay said in a press conference. “That’s kind of where we’re at with it. It’s more importantly about the person, then the player, in these types of things as we know, and nobody is more of a competitor and wanting to be out there with his teammates than Matthew. He’s in the protocol, so we’ll take it a day at a time with him.”

McVay and a team spokesperson reported that the team was evaluating players after the team’s Week 9 matchup with the Tampa Bay Buccaneers. Medical personnel found that Stafford was experiencing symptoms and decided to enter him into concussion protocol mid-week. He will have to clear the protocol in a short timeframe to start against the Arizona Cardinals Sunday.

Following McVay’s announcement Wednesday, Kelly Stafford, Matthew’s wife, expressed anger and disappointment in the league. Kelly has been vocal about concussions in the NFL for some time and delivered an emotional speech on her Morning After podcast in October after Miami Dolphins quarterback Tua Tagovailoa suffered a head injury against the Cincinatti Bengals. She expressed similar sentiments Thursday about her husband’s situation.

“If you have listened to my podcast at all, you know how big a deal it is to me,” Kelly said. “The head is not something to be messed with… and I hope as this sport develops, so does the concern for head health and the research around it.”

Kelly went on to say she was too “concerned, angry, sad, tired” to convey her personal reaction to the news of her husband’s setback.

If Matthew is unable to start against the Cardinals, Rams backup quarterback John Wolford will take over. The Rams have lost four of their last five games and are currently third in the NFC West.