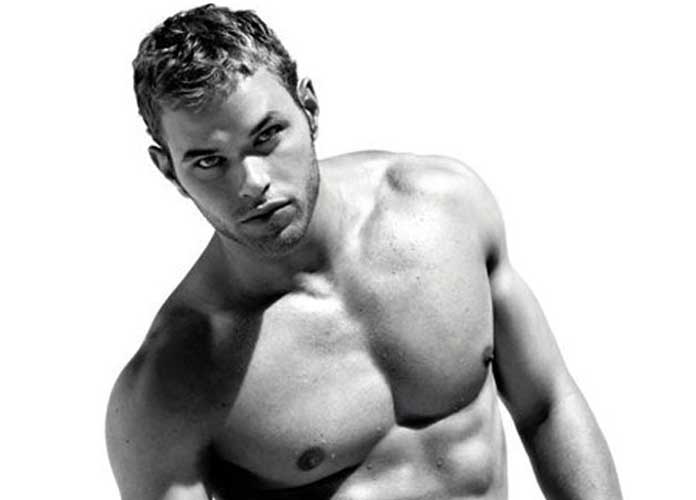 Kellan Lutz Reveals His Workout Secrets, How to… by uSports

Kellan Lutz, who is best known for his recurring role as Emmett Cullen in The Twilight Saga film series, as well as his starring roles in Immortals and The Legend of Hercules, is sharing his fitness philosophy and workout routine exclusively with uSports.

“Live an active life. If you’re doing all your work on your couch, on your cellphone, like, we can all answer our emails. It’s beautiful outside, get some sun, and just walk for an hour answering your phone. Just get outside,”  Lutz, 31, advises.

The actor is likely no stranger to the gym, given his work as the body of Calvin Klein underwear and roles in films like The Legend of Hercules and The Expendables 3, which required scenes in which he had to make displays of physical strength. “Find what you like to do. Find what you’re passionate about,” he says. “For me, I hate running. I’m a heavy dude, I got heavy, dense bones. I’ve never had a runner’s diet. For some reason, however, I love swimming. I just love the water. Even though I sink because of my bone density, I love it, I get this rhythm.”

When all else fails, make a game out of your workout. “I love rowing, I don’t like the elliptical. I get bored lifting weights sometimes, so often times I’ll make games up. I’ll get a deck of cards and create a game in my head, and I’ll guess if it’s red or black.” If he guesses incorrectly, Lutz says, he’ll force himself to do a certain number of pushups as punishment. “You have to trick your mind, you have to make it fun. You gotta ‘fun out’, not ‘work out’,” Lutz continues.

The actor is a big fan of the ‘Fitbit,’ a device that functions as a wireless activity tracker and that measures data such as the number of steps walked, heart rate, steps climbed, and other similar personal metrics. “This is one of the most encouraging things I’ve ever seen, because it tracks how active your day is. So if you don’t think you’re doing much, it’s really discouraging if you have no proof of what you’re doing. If you have one of these, and it says you burned 500 calories just sitting around all day, you’re like ‘Wow!’ That’s encouraging, knowing that you did that.”

Lutz then adds that he has about 10,000 steps per day, and that he tries to set goals for himself, like making this number of steps every day. “It’s small goals. You lay each, brick by brick by brick, and you build the wall that you want to do.”