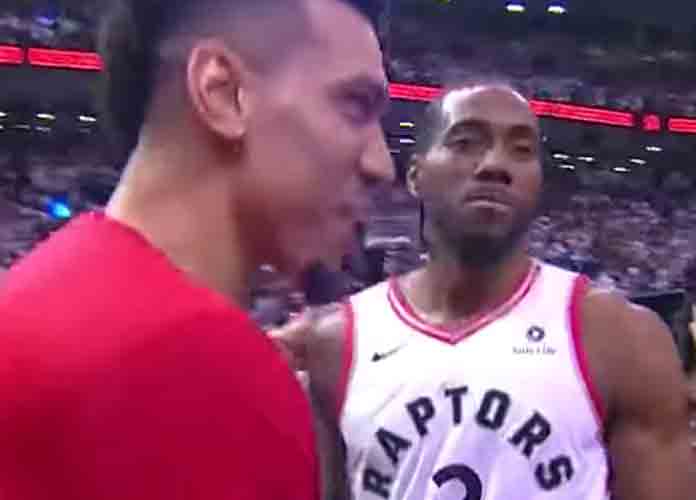 On Monday, Toronto Raptors star Kawhi Leonard filed a lawsuit against Nike in the U.S. District Court for the Southern District of California.

Leonard is attempting to retain control of the “Klaw” logo that he is claiming he created.

“In 2011, just after being drafted to the National Basketball Association, Kawhi Leonard authored a unique logo that included elements that were meaningful and unique to him,” the lawsuit reads. “Leonard traced his notably large hand, and, inside the hand, drew stylized versions of his initials ‘KL’ and the number that he had worn for much of his career, ‘2.’ The drawing Leonard authored was an extension and continuation of drawings he had been creating since early in his college career. Several years later, as part of an endorsement deal with Nike, Leonard allowed Nike to use on certain merchandise the logo he created while Leonard continued to use the logo on non-Nike goods. Unbeknownst to Leonard and without his consent, Nike filed an application for copyright registration of his logo and falsely represented in the application that Nike had authored the logo.” Nike declined to comment on the allegations.

Leonard has intentions to use his “Klaw” logo for a number of different entrepreneurial activities, including clothing lines, footwear and charity functions. To this point, however, Nike — which owns the “Klaw” logo — has objected to Leonard doing anything of the sort. This is the main reason why Leonard left Nike last year to sign with sports apparel competitor New Balance.

Over the last several months, Nike and Leonard have gone back and forth over the ownership of the logo, with the most recent negotiation occurring back in March. The ultimate goal of this lawsuit is for Leonard to be declared the sole author of the ‘Klaw’ logo. A resolution should come into effect one way or another this summer between the two parties.