Kansas City Chiefs' Chris Jones Hints At Possibility Of Him Not Playing With Team In 2020 - uSports.org 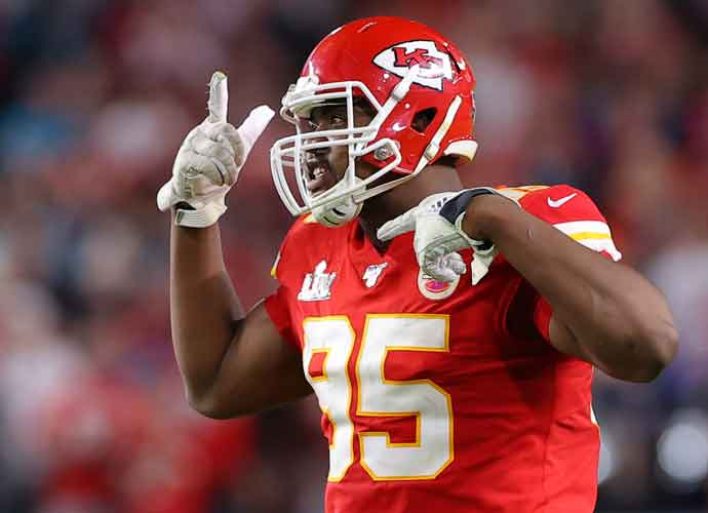 MIAMI, FLORIDA - FEBRUARY 02: Chris Jones #95 of the Kansas City Chiefs reacts during the game against the San Francisco 49ers in Super Bowl LIV at Hard Rock Stadium on February 02, 2020 in Miami, Florida.

After being franchise-tagged by the Kansas City Chiefs earlier this offseason, defensive end Chris Jones has since hinted that he might not play for the team in 2020, similar to the situation of Le’Veon Bell with the Pittsburgh Steelers back in 2018.

In replying to a tweet by NFL Network in which they were discussing his current contract deal, Jones said, “Or I won’t play. @LeVeonBell told me about this.”

Or I won’t play. @LeVeonBell told me about this

The two sides have until July 15 to agree upon a long-term contract. If they fail to do so, Jones will be paid $16.1 million for next season. If Jones and the Chiefs don’t agree on a long-term deal, he would become an unrestricted free agent following this season.

Jones has been seeking a contract extension for a while now and wants one worth at least $20 million per season. Last season for Kansas City, Jones had 36 total tackles and nine sacks and has become one of the best at his position during his four seasons in the NFL.