Justin Rose Surprises Many With First Round Lead In The Masters - uSports.org 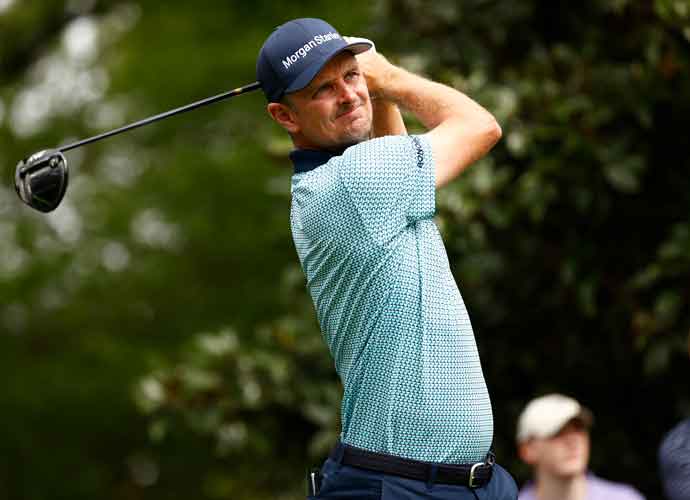 AUGUSTA, GEORGIA - APRIL 09: Justin Rose of England plays his shot from the ninth tee during the second round of the Masters at Augusta National Golf Club on April 09, 2021 in Augusta, Georgia. (Photo by Jared C. Tilton/Getty Images)

Justin Rose surprised many when he finished on top of the standings on day one of the Master’s Tournament.

Rose, 40, did not expect himself to be leading the other golfers in the coveted 2021 Masters Tournament. “It’s incredible,” Rose said. “It’s a good reminder that you just never know what can happen out there.” It is more impressive for Rose, who is playing in his first tournament since a back injury forced him to withdraw from the Arnold Palmer Invitational last month.

Rose made seven birdies and an eagle during a 10-hole stretch on Thursday.

The English golfer finished with the round with a 65, seven under par. Heading into the second round, Rose had a four-shot lead over his fellow competitors. Monday’s performance marked the fourth time that Rose has either led or co-led the Masters after the first round. It is a record he now shares with legend Jack Nicklaus.

Defending champion Dustin Johnson struggled in the first round. For the first time since the 2018 opening round, Johnson failed to break par. Johnson three-putted for a double bogey on the 18th for a 74.

The average score from the other golfers in the competition was 74.5. Only 12 players broke par.

Furthermore, competitors were surprised by the weather conditions on the course. It had not rained at Augusta National in more than a week. Players could not recall the last time greens were this fast during the practice rounds.

“It’s my 10th year, but I’ve never seen the greens so firm and fast,” Hideki Matsuyama said. “So it was like a new course for me playing today, and I was fortunate to get it around well.”

“You can’t win the golf tournament today, even with a 65, you can’t win it today,” Rose said. “You can only probably lose it today, obviously. I reset just prior to that and thought if I can get myself back around even par, that would be a good day’s work.”

Despite ending the first round with a 4-stroke lead, Rose’s lead has evaporated to just one shot after the first nine holes on day two. Rose’s Friday got off to a poor start, as he bogied the first hole of the day. However, he quickly regained composure and birdied the second hole to get back to par on the day. Unfortunately for the Englishman, Rose produced bogies on three of four holes between the fourth and seventh hole on the front nine. He finished the front nine of the second round with a 39, three shots over par. Overall, he has dropped from seven under par to four under par.

At the time of this writing, Rose still holds a one-stroke lead over Bernd Wiesberger, Marc Leishman, Brian Harman and Matsuyama.