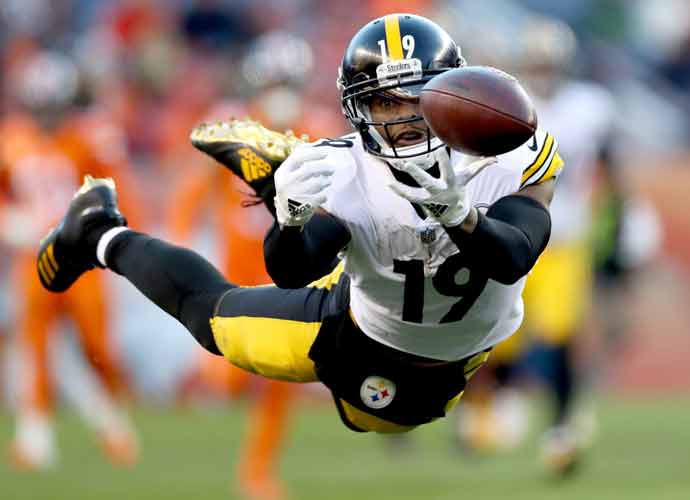 In a shocking turn of events, wide receiver Juju Smith-Schuster will stay with the Pittsburgh Steelers on a one-year deal.

The wideout broke the news with a series of tweets expressing his love for Pittsburgh. “This is my home, they’re gonna need a wrecking ball to take me outta here!,” he wrote. The Pro Bowler would write more tweets expressing his excitement. “Came in here a young 20-year-old, and you guys embraced me from the moment I got here so much love.”

This is my home, they’re gonna need a wrecking ball to take me outta here! PITTSBURGH I LOVE YOU, LET’S GO!!!!! 💛🖤💛🖤 pic.twitter.com/SPFvCLUmFl

Can’t say it enough, I love you Pittsburgh. Came in here a young 20 year old and you guys embraced me from the moment I got here. So much love. Had my back thru everything, all the struggles and success. So hard to leave. See you this Fall in Heinz WE’RE GOIN CRAZY!!!

Smith-Schuster signed a one-year deal worth eight million. This contract was less than what other teams had offered him. The Ravens offered the receiver a nine million with four million in incentives. Like the Ravens’ offer, the Chiefs offered eight million with three million in incentives. However, Smith-Schuster clearly values his home more than money.

Smith-Schuster was drafted by the Steelers and grew into both a star and fan favorite. Last season, the receiver recorded 831 receiving yards, nine receiving touchdowns and 97 receptions.