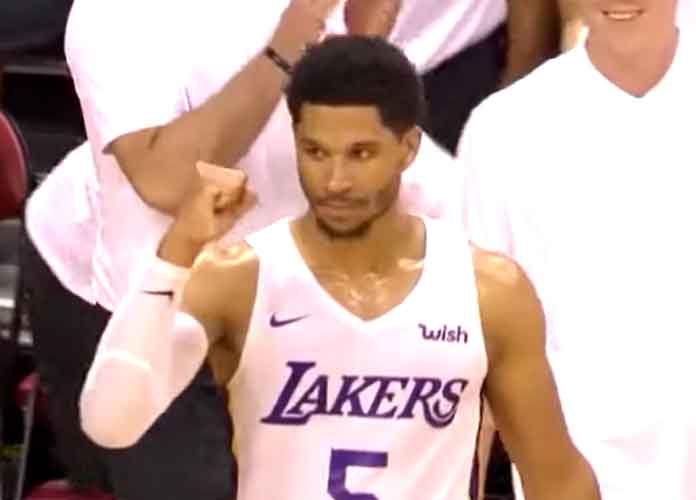 Josh Hart scored 37 points in the Los Angeles Lakers‘ 112-109 Summer League semifinals victory over the Cleveland Cavaliers on Monday night, and broke a franchise record while doing so.

Hart surpassed Lonzo Ball’s (36) record for most points scored by a Laker during the Summer League. With the double-overtime win, the Lakers have reached the Las Vegas Summer League championship game two years in a row now. Hart’s nine rebounds also matched a game-high, and even though his performance amazed, the 23-year-old guard — a first-round pick out of Villanova in 2017 — said he was disappointed in having missed a pair of key free throws in overtime.

The Lakers will play the Portland Trail Blazers in Tuesday night’s title game.

Hart was one of several people who decried recent acts of vandalism against a new mural of LeBron James in Los Angeles.