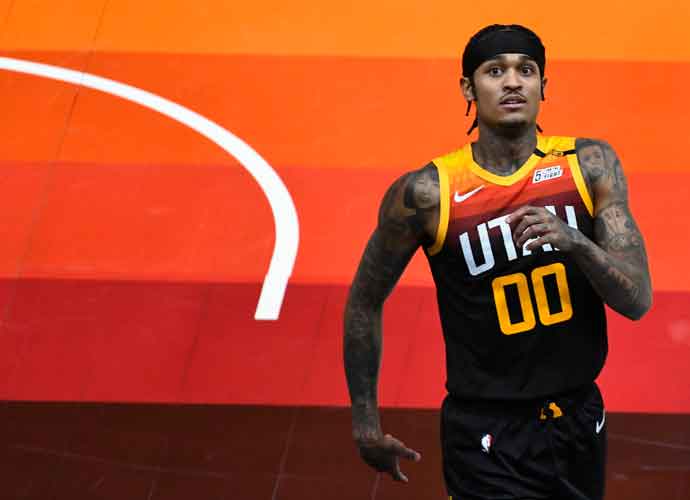 SALT LAKE CITY, UTAH - MAY 01: Jordan Clarkson #00 of the Utah Jazz looks on during a game against the Toronto Raptors at Vivint Smart Home Arena on May 1, 2021 in Salt Lake City, Utah. NOTE TO USER: User expressly acknowledges and agrees that, by downloading and/or using this photograph, user is consenting to the terms and conditions of the Getty Images License Agreement. (Photo by Alex Goodlett/Getty Images)

Jordan Clarkson of the Utah Jazz has been named the Sixth Man of the Year for the 2020-21 NBA season. This award is only given to players who did not start in the majority of games that they played in. The 6’4 guard averaged a personal high of 18.4 points, 4 rebounds and 2.5 assists while playing 26.7 minutes per game through 68 games. Clarkson also sunk 203 three-pointers in total, which is the fourth-most in NBA history for a bench player.

Ingles presented Clarkson with the award during an interview on TNT with Ernie Johnson.  After Johnson posed several historical questions about the Sixth Man of the Year award, he asked them how many Jazz players had won the award. Clarkson said that zero had, which would have been true before this year. Ingles then presented the trophy to Clarkson.  “Thanks for passing me this ball, man,” said a joyful Clarkson. “He stole it from me,” Ingles said jokingly  “I should’ve stopped passing him the ball.”.

“I tried to get him the ball as much as possible so he could win Sixth Man of the Year,” Ingles elaborated. He also praised Clarkson for taking pride in his role coming off the bench.

Utah looks to a matchup with the Memphis Grizzlies, after dropping their first contest against the eight seed on Sunday. This occurred as Donovan Mitchell was inactive for the game due to an ankle sprain.

Clarkson was appreciative of the award but made it clear he was looking for a championship, stating that the team has “bigger goals ahead”.