Jonathan Allen Apologizes For Saying He Wants To Have Dinner With Hitler - uSports.org 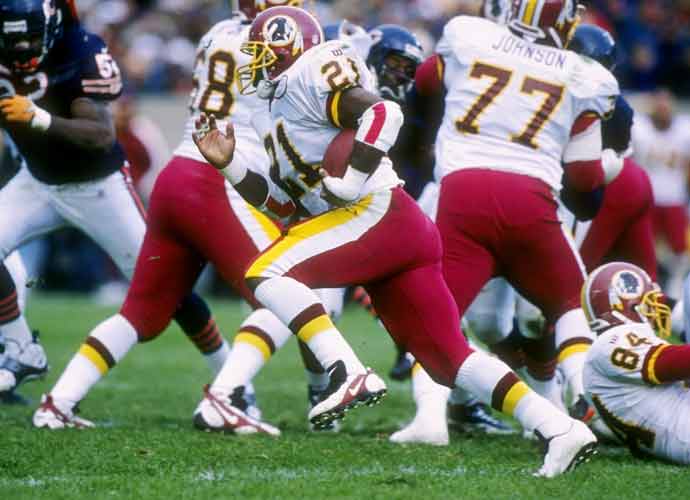 2 Nov 1997: Running back Terry Allen of the Washington Redskins (center) carries the ball as offensive lineman Tre Johnson and Joe Patton block and linebacker Bryan Cox of the Chicago Bears (left) comes after him during a game at Soldier Field in Chicago

This was not the nosh he was looking for, apparently.

Washington Commanders’ Jonathan Allen has apologized for a since-deleted tweet in which he said he’d like to have dinner with Adolf Hitler.

During a self-prompted Q&A session with his 68,000 followers on Twitter, he was asked which three people, living or dead, he’d like to have dinner with. The defensive tackle listed the genocidal madman as one desired guest.

Washington’s nominee for the Walter Payton Man of the Year Award for the second consecutive year, Allen also indicated he’d like to dine with his “granddad” and “Michael Jackson.”

When asked to elaborate about inviting one of the most despised human beings in history to dinner, Allen said in a separate since-deleted tweet, “He’s a military genius and I love military tactics but honestly I would want to pick his brain as to why he did what he did. I’m also assuming that the people I’ve chosen have to answer all my questions honestly.”

Later on, Allen tweeted, “Early I tweeted something that probably hurt people and I apologize about what I said. I didn’t express properly what I was trying to say and I realize it was dumb!”

Early I tweeted something that probably hurt people and I apologize about what I said. I didn’t express properly what I was trying to say and I realize it was dumb!

When pressed on the issue, Allen harped on the interesting angle and stressed that he was not giving Hitler “props.” He added that Hitler is one of “if not the most evil persons to have ever lived but this was a hypothetical question.”

He further apologized to another Twitter user who identified as Jewish. “I was just answering a question,” Allen said.

A team captain, Allen played in his first Pro Bowl game two weeks ago and has become a face of the franchise since it drafted him in the first round in 2017. He was the only current player at the team’s new name and uniform ceremony.