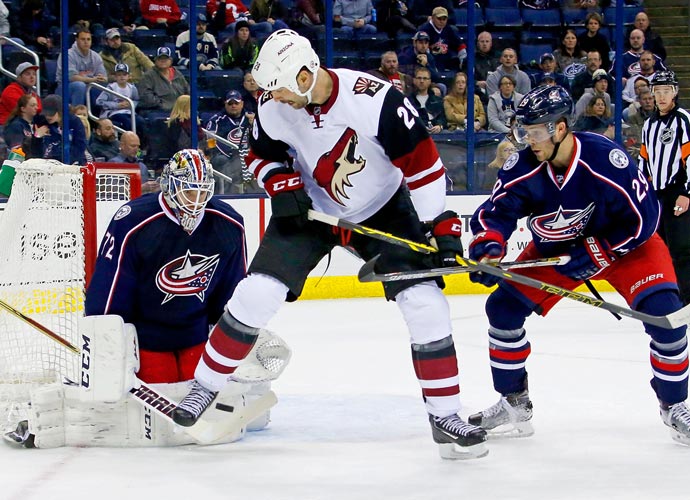 To be perfectly honest, no one takes the NHL All-star Game seriously. That fact, combined with this year’s shift to an all three-on-three affair, led fans to try to get John Scott elected to represent the Pacific Division.

The only issue is that Scott isn’t a very good hockey player; he’s big and slow and more known for his fighting ability than anything else. So, in the minds of some fans, he’s the perfect guy to include in a scrimmage that’s all about speed and skill.

Scott won the fan vote and was named the representative of the division, but he was suddenly traded on Friday to the Montreal Canadiens. Not only did that mean he was no longer in the Pacific, but the Canadiens sent him down to the AHL, meaning he wasn’t even an NHL player. That understandably raised questions about him representing the division in the NHL All-Star Game

After tweets from the incredibly reliable Bob McKenzie highlighted that Scott was previously asked to bow out of the all-star game and refused, many began to speculate that the trade was orchestrated to keep him out of the spotlight.

John Scott was previously asked by both NHL and Arizona Coyotes to bow out of NHL All-Star Game. He refused. Trade likely takes care of that

The league made right by Scott and the fans on Tuesday, however, announcing that Scott would still serve as the Pacific Division captain.

“I am looking forward to enjoying a fun and unique experience at All-Star Weekend in Nashville with my family,” Scott said in a statement released by the league. “While being voted to the All-Star Game by the fans was not something I expected to happen, I am excited to participate in the All-Star events with my fellow players.”

John Scott really shouldn’t be an all-star. But the fans voted him into the game and he, who by all accounts is one of the better people in the NHL, wants to play, so he’ll be taking the ice in Nashville.