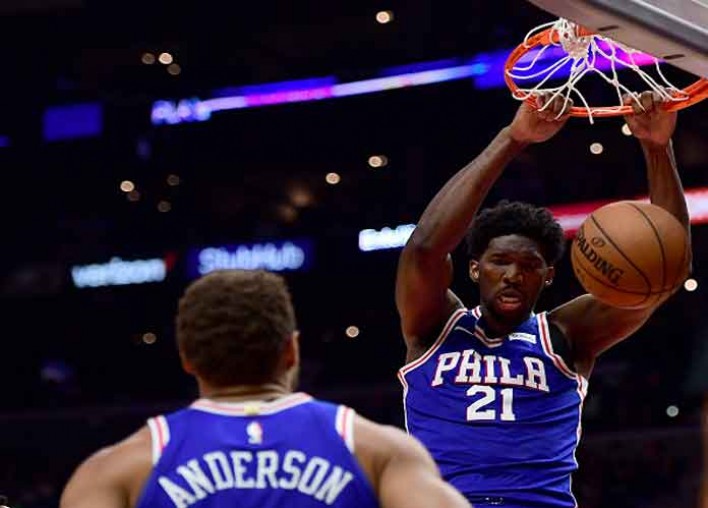 Joel Embiid doesn’t just dunk hard on his opponents, he also trolls them with photos of his throw-downs on Instagram, and Russell Westbrook is no exception.

The Philadelphia 76ers big man landed a rim-shattering dunk over Westbrook’s head early in his team’s 122-112 loss to the Oklahoma City Thunder on Sunday.

Westbrook ultimately scored 37 points in the game, but Embiid couldn’t help himself when it came to rubbing this posterization moment in the All-Star Thunder player’s face:

Westbrook took his own shot at Embiid when he began just dribbling in place in the final seconds while staring down Embiid to run down the clock.

Russ dribbling out the clock staring at Embiid this is too good ima faint pic.twitter.com/pRcLU7ZPHR

The Thunder (30-20) now have eight straight victories and are fifth in the Western Conference. The Sixers had won two straight and eight of ten entering Sunday. Oklahoma City will next visit Washington on Tuesday night, while Philadelphia will visit Milwaukee on Monday.

LOS ANGELES, CA – NOVEMBER 13: Joel Embiid #21 of the Philadelphia 76ers dunks in front of Justin Anderson #1 during a 109-105 win over the LA Clippers at Staples Center on November 13, 2017 in Los Angeles, California. (Photo by Harry How/Getty Images)