Jimmy Johnson Emotional After Being Informed Of Hall Of Fame Induction - uSports.org 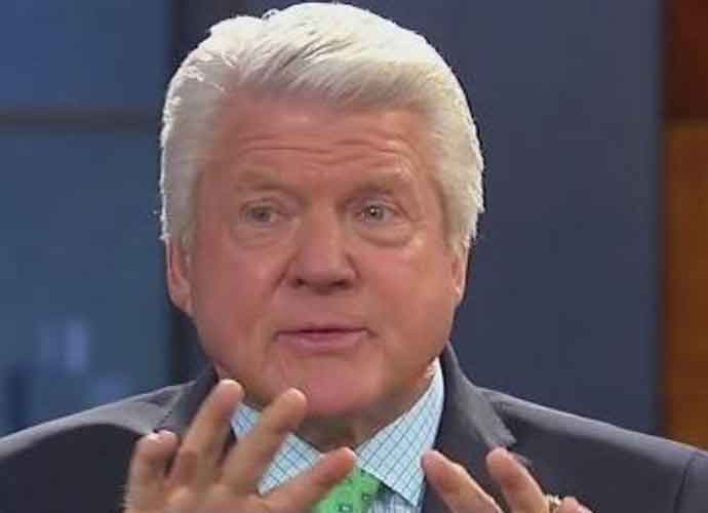 Jimmy Johnson Emotional After Being Informed Of Hall Of Fame Induction

Former coach and Fox NFL analyst Jimmy Johnson was informed on Sunday that he will be inducted in the NFL Hall of Fame in Summer 2020. Johnson learned of the honor during the halftime show of Sunday’s NFC Divisional game between the Green Bay Packers and Seattle Seahawks as NFL Hall of Fame CEO, David Baker walked onto the set to inform him. Baker had previously surprised Bill Cowher on CBS Saturday night to notify the former Steelers’ coach of his Hall of Fame induction.

Upon hearing the news Johnson started to tear up and was very emotional as he thanked his former players and assistants. Fox Sports also showed Johnson’s former player, Troy Aikman,who was calling the game in Green Bay, cameras cut to his reaction as the former Cowboys’ quarterback watched Johsnon address the Fox studio crew.

“When you really put everything you have into something, it’s nice when you’re recognized by others saying, ‘Hey, we appreciate what you did,'” Johnson said.

Johnson and Aikman both started their Cowboy careers in 1989, but had a rough season finishing the year 1-15. Things started to come together, however, as the team made the playoffs in Johnson’s third year and ultimately won back-to-back Super Bowls in 1993 and 1994. He finished his career with an 80-64 record in nine seasons.

My relationship w Jimmy Johnson spans over 35 years. He was the first to recruit me out of Henryetta High School when I was 17 while he was the head coach at Oklahoma State. Two years later when I was transferring from Oklahoma, he recruited me to the University of Miami. I chose UCLA. After turning him down twice, the Dallas Cowboys chose me as the #1 overall draft pick in 1989. We had a rough start, went through some difficult times, had stretches when we didn’t speak. What I’ve learned though in life is we remember those who make us better. Jimmy made me better, but more importantly, he made the Dallas Cowboys better. He was the architect of our 1990’s dynasty and while as our leader and coach, he should have been the first to be enshrined, I am so grateful he will have his rightful place in the @profootballhof – congratulations Coach! You’re gonna look good in gold! #howboutthemcowboys

Congratulations to the greatest head coach I’ve ever played for! Welcome to the Hall @JimmyJohnson!! pic.twitter.com/5woVLJaYLb

With tears in my eyes I watched my coach @JimmyJohnson get what he so rightfully earned. My Coach has turned men into CHAMPIONS on every level. Congrats Coach and welcome to the @ProFootballHOF !!!!! 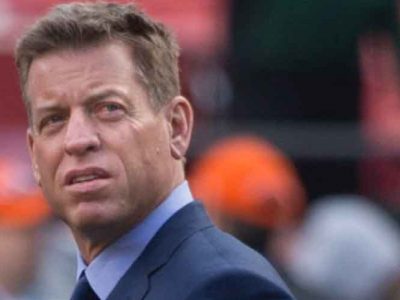