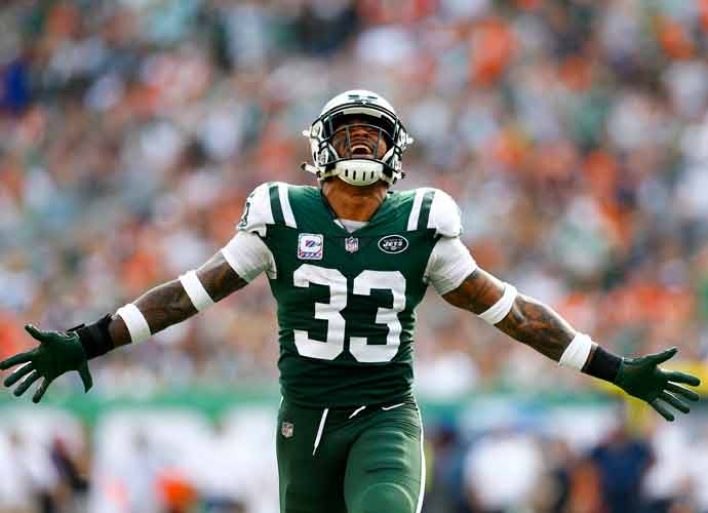 EAST RUTHERFORD, NEW JERSEY - OCTOBER 07: Jamal Adams #33 of the New York Jets reacts against the Denver Broncos during the second half in the game at MetLife Stadium on October 07, 2018 in East Rutherford, New Jersey.

The New York Jets and their star young safety Jamal Adams have been at odds for a while now as the two have been unable to agree upon a contract extension. Due to this, Adams has requested a trade from the team that drafted him.

According to ESPN’s Adam Schefter, Adams has a list of seven teams that he wants to be traded to. Those teams are the Baltimore Ravens, Kansas City Chiefs, Dallas Cowboys, San Francisco 49ers, Philadelphia Eagles, Seattle Seahawks and Houston Texans. Six of those teams, with the exception of the Cowboys, made the playoffs in 2019 but it will not be easy for a trade to those teams, especially if Adams wants an extension.

Adams does have two more years on his rookie contract and can be franchise tagged at least once, so if he gets traded to one of the teams on his list, it is possible that he waits to sign an extension for at least one year.

Numerous members of Adams’ 2017 draft class have received massive contract extensions including Christian McCaffery with Carolina and Partick Mahomes in line for one with Kansas City.

Adams is seeking to be the highest-paid safety in the entire NFL, which would mean a salary of more than $14.6 million, which is the current high mark. Of all the guys that deserve to be the highest paid safety in football, Adams is on the short list. In three season, Adams has been named to two Pro Bowls, has a total of 273 tackles, 12 sacks, two interceptions and six forced fumbles.