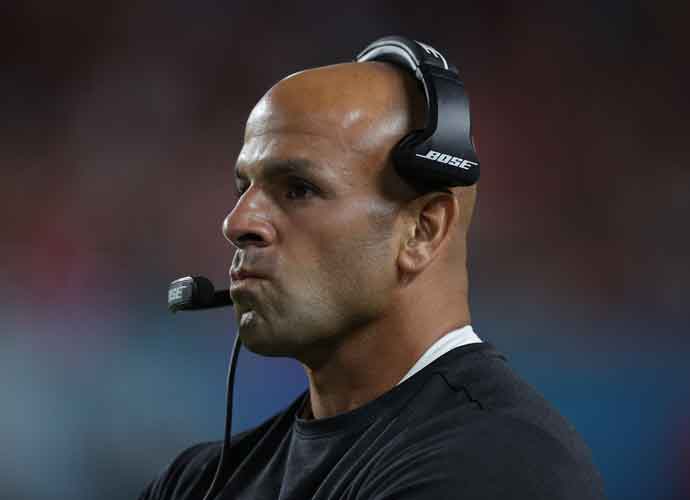 The New York Jets have signed Robert Saleh as their new head coach. After serving as the defensive coordinator of the San Francisco 49ers for four years, Saleh will take over as Adam Gase‘s replacement.

We’ve reached an agreement in principle with Robert Saleh to become our head coach.

Signing the defensive-minded coach is a wise choice for the struggling New York franchise. Saleh was instrumental in the 49ers’ playoff run and Super Bowl appearance last year. He installed a defense that finished this past season ranked fourth in passing yards allowed, seventh in rushing yards allowed and fifth in total yards allowed.

San Francisco finished the 2019 season with the best team defense in the league. The 49ers’ defense allowed a mere 281 yards per game, the fewest allowed by an NFL team since 1997. The team finished first in pass defense, only allowing teams to gain an average of 162.9 passing yards. San Francisco’s impeccable defense allowed them to advance to the Super Bowl, where they lost to the Kansas City Chiefs.

The Jets will likely revamp their defense under Saleh by switching to an aggressive 4-3 defense. The former defensive coordinator will certainly bring fundamentals to New York and has the ability to maintain a good defense without depth and injuries.

Offensively, New York will be making a switch to a more run-heavy approach. The 49ers have been in a similar situation as the Jets, as both teams feature untrustworthy quarterbacks. Throughout Saleh’s four years with San Francisco, the team tried to keep the ball out of Jimmy Garoppolo’s hands. Similarly, the Jets have been forced to do the same thing with young quarterback Sam Darnold under center.

Prior to joining the 49ers, Saleh spent time with the Seattle Seahawks from 2011 to 2013 as their defensive quality control coach. During his brief stint under Seattle coach Pete Carroll, Saleh won a Super Bowl ring in 2013.

Jets fans are hoping that Saleh will bring his championship experience with him to the bright lights of New York.