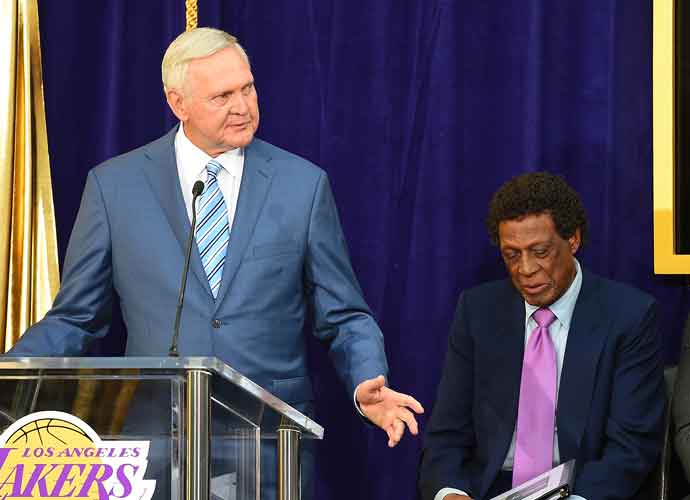 There’s at least one person who is not a fan of HBO’s Winning Time docuseries chronicling the Lakers teams of the Magic Johnson era: the team’s former executive Jerry West, who serves as one of the show’s main characters.

He’s so livid, in fact, that he’s threatening legal action and demanding a retraction and apology for “a baseless and malicious assault” on his character via his portrayal on the show.

The portrayal of NBA icon and L.A. Lakers legend Jerry West in ‘Winning Time’ is fiction pretending to be fact—a deliberately false characterization that has caused great distress to Jerry and his family. Contrary to the baseless portrayal in the HBO series, Jerry had nothing but love for and harmony with the Lakers organization, and in particular owner Dr. Jerry Buss, during an era in which he assembled one of the greatest teams in NBA history.

Jerry West was an integral part of the Lakers and NBA’s success. It is a travesty that HBO has knowingly demeaned him for shock value and the pursuit of ratings. As an act of common decency, HBO and the producers owe Jerry a public apology and at the very least should retract their baseless and defamatory portrayal of him.

His lawyers add that HBO’s dramatization disclaimer at each episode’s conclusion does not protect the company from liability.

“Instead of exploring his issues with compassion as a way to better understand the man, they turn him into a Wile E. Coyote cartoon to be laughed at,” Kareem Abdul-Jabbar, then-Laker and character on the show, said in a statement. “He never broke golf clubs, he didn’t throw his trophy through the window. Sure, those actions make dramatic moments, but they reek of facile exploitation of the man rather than exploration of character.”

West’s lawyers want a retraction, apology and damages from HBO and the show’s producers because “the show goes out of its way to denigrate Jerry West despite his accomplishments as an executive.”