Jaylen Brown Scores 30 As Celtics Even Series With Bucks - uSports.org 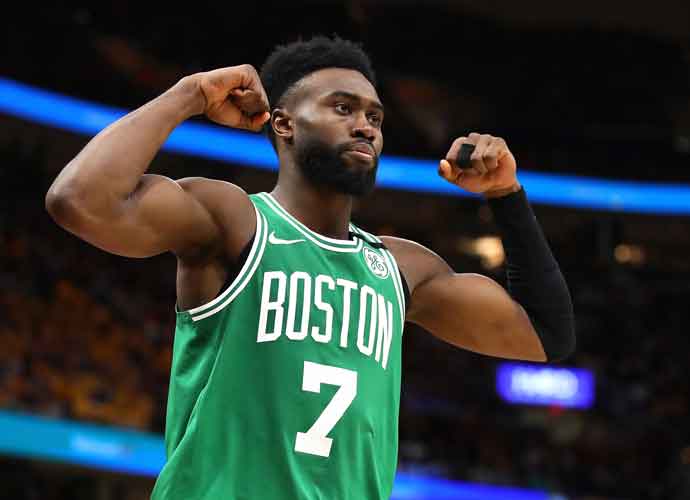 CLEVELAND, OH - MAY 21: Jaylen Brown #7 of the Boston Celtics reacts after a basket in the fourth quarter against the Cleveland Cavaliers during Game Four of the 2018 NBA Eastern Conference Finals at Quicken Loans Arena on May 21, 2018 in Cleveland, Ohio. (Photo by Gregory Shamus/Getty Images)

Following a humbling loss in Game 1, Jaylen Brown and the Celtics bounced back hard in Game 2.

With Marcus Smart (right quad contusion) on the bench and the team’s collective hat in hand, Brown poured in 30 points, doled out six assists, and grabbed five boards in the 109-86 win.

“JB was locked in,” said Jayson Tatum. “He set the tone and that was big for us.”

“We have been a bigger, [more physical team] all year,” said Ime Udoka. “I didn’t love how we didn’t react to them being physical. We adjusted well, we learned some things from Game 1 … we haven’t been outmuscled like that all year. I think our guys took that to heart. I knew we would come out with the right effort to tonight.”

The Celtics were up 18-3 midway through the first quarter and boasted a 25-point led at halftime.

Brown said it best, “How you respond is everything in this league. We knew we had to come out and play like our season was on the line.”

“We were pissed off in how we played last game,” Tatum said. “We knew we had to play better, simple as that.”

Game 3 is set for Saturday at 3:30 p.m. ET in Milwaukee. Reports have surfaced that Smart could return for that affair, but there has been no official word as of yet.

That’s how you bounce back ✅ pic.twitter.com/WZAiyIZnlx