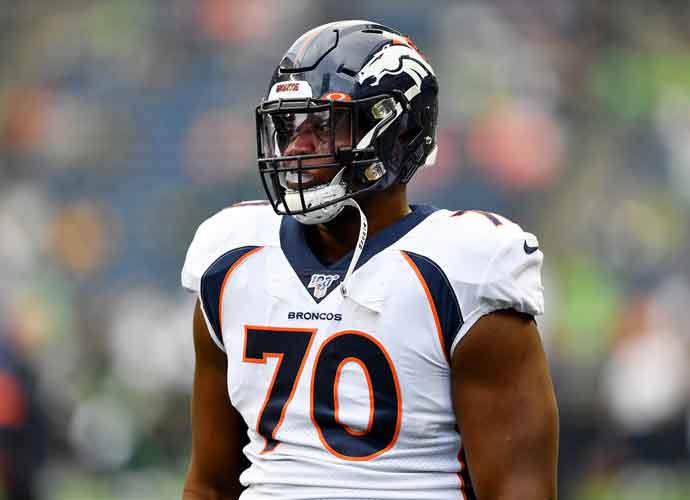 SEATTLE, WASHINGTON - AUGUST 08: Ja'Wuan James #70 of the Denver Broncos warms up before the preseason game against the Seattle Seahawks at CenturyLink Field on August 08, 2019 in Seattle, Washington. (Photo by Alika Jenner/Getty Images)

Offensive tackle Ja’Wuan James, who just last month tore his Achilles and was declared out for the season, filed a $15 million grievance against his former team, the Denver Broncos, and also managed to agree to a contract with a new team, the Baltimore Ravens. James filed this grievance after suffering his injury in a facility away from the team. At the time, he had been guaranteed $10 million for the 2021 season, but because the injury took place off-site, it was designated as a non-football injury, meaning the Broncos were not obligated to pay his salary. The team later released him.

In his grievance, James is seeking his $10 million salary for the 2021 season, and his entire argument centers around the fact that he was working out away from the facility under guidance from the Broncos. Even if James is unable to accomplish this lofty goal, he has a very solid backup plan in place. James is set to sign a two-year deal worth up to $9 million with the Ravens. The contract includes $500,000 in guaranteed money this year while he rehabs from his Achilles injury, with his sights set on a return for 2022. The Ravens will have him under contract at north of $8 million next season.

For the Ravens, this move seems to be a smart one, as they attempt to fill the void of recently traded Orlando Brown Jr. He was a Pro Bowler and widely regarded as one of the best young tackles in the league, so replacing him was never going to be easy. James, along with the recently signed former Pittsburgh Steelers left tackle Alejandro Villanueva, are both solid tackles. Villaneuva was signed to a two-year, $14 million deal and moved to the right side of the line to immediately fill that void. Next season, the Ravens can go with James on the right side if he is fully healthy and if Villanueva struggles to make the transition to right tackle. But given that James has played only three games since 2019, Baltimore has the option to keep Villanueva, who is scheduled to make $4 million in 2022, as insurance.