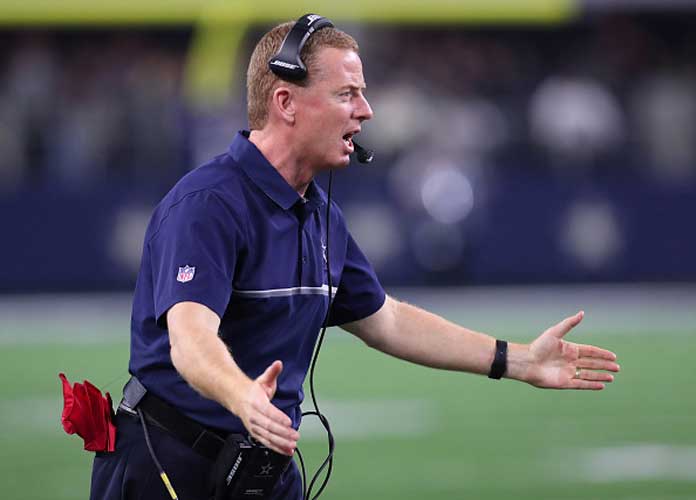 Less than a month after parting ways with the Cowboys, Jason Garrett signed on as the new offensive coordinator for the New York Giants. On the team’s official podcast, Garrett discussed his desire to join Joe Judge‘s staff in New York.

“Excited to be back,” Garrett said. “Had a great visit (in New York) this past week. Obviously have a little history with the Giants. It’s fun to be back in the building. Cant wait to get going.”

When asked why he wanted to join the Giants less than a month after parting ways with the Cowboys, Garrett was quick to praise the Giants organization.

Garrett spent four seasons as a backup quarterback with the Giants after winning two Super Bowls as Troy Aikman‘s backup in Dallas. He began coaching in 2005, serving as quarterbacks coach for Miami under current Alabama head coach Nick Saban. After becoming the Cowboys’ offensive coordinator in 2007 he was the head coach for Dallas from 2010-19.