James Harden's Dunk Not Counted As Rockets Lose To San Antonio In Double Overtime 135-133 Amid - uSports.org 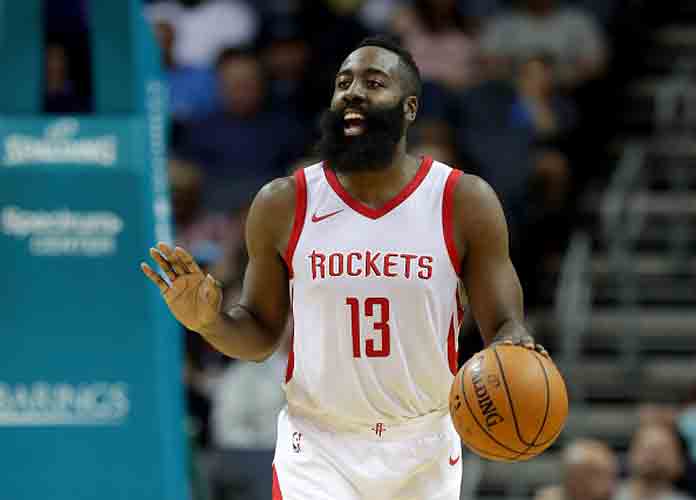 The Houston Rockets lost to San Antonio on the road Tuesday night, but it came after James Harden had a wide open dunk in the fourth quarter that did not count. On the replay, Harden steals the ball with eight minutes left in the game and appears to dunk the ball giving Houston a 15 point lead.

The referees should have counted it but the confusion came after the ball spun around in the net and came back up hitting the back of the rim before bouncing onto the court. On replay, it is clearly a completed dunk for Harden, but while Houston and Head Coach Mike D’Antoni were protesting the call the 30-second period the NBA allows for challenging calls had passed.

“I heard that they said the ball hit James and went back through, so it was a goaltend on James. I challenged that and I didn’t get a response. Then another guy said it wasn’t a goaltend, it went out of bounds on us. And I said, ‘Well, I can challenge that.’ You know I don’t know, to answer your question. I’ve got nothing I can’t tell you,” D’Antoni said.

This is the first year the league has implemented challenging plays taking a page out of the NFL and MLB’s book. Teams are allowed one a game and don’t receive a second if the call is overturned in their favor. It is definitely a work in progress.

“When the play happened, Harden goes in for a dunk, and then the ball appears to us to pop back through the net. When that happens, that is basket interference. To have a successful field goal, it must clear the net. We have since come in here and looked at the play. He dunked it so hard that the net carried it back over the rim a second time, so in fact it did clear the net and should have been a successful field goal,” said Referee Crew Chief James Capers.

Besides the controversy, Russell Westbrook ended up with a triple double contributing 19 points, 10 rebounds and 10 assists but shot 7-30 from the field. This was the third time Harden had scored 50 or more points this season and this comes after dropping 60 against Atlanta last game. It was an unorthodox way to reach 50 as Harden shot only 11-38 and 4-20 from three point range. He did, however, set an NBA record from the free throw line with 24 attempts without a miss.

That signature style of drawing contact came back to haunt him late in the fourth quarter after getting called for two charges. DeMar DeRozan drew the last one with a second left in the game leading to San Antonio’s victory.

The Rockets continue their road trip against the defending champs in Toronto tomorrow night.