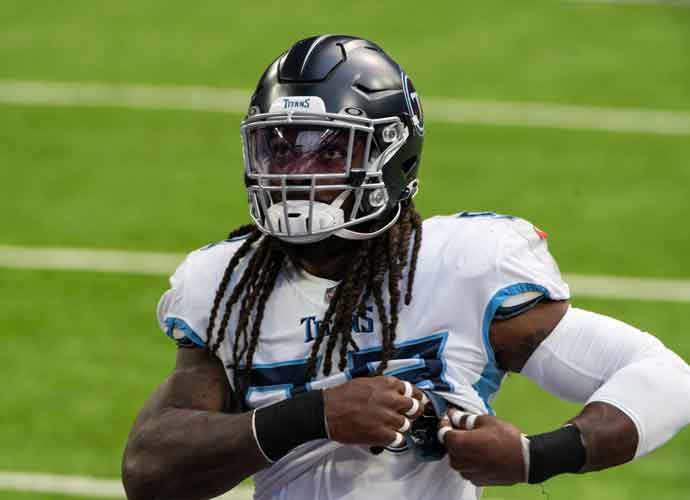 MINNEAPOLIS, MN - SEPTEMBER 27: Jadeveon Clowney #99 of the Tennessee Titans warms up before the game against the Minnesota Vikings at U.S. Bank Stadium on September 27, 2020 in Minneapolis, Minnesota. (Photo by Stephen Maturen/Getty Images)

The Cleveland Browns just added another major piece to their front four.

Defensive end Jadeveon Clowney has signed a one-year deal with the team worth up to $10 million. Clowney is heading to a Browns team which is already boasting strong defensive talent, particularly on their defensive line. Clowney will be paired with former No. 1 overall pick Myles Garrett, who has become one of the most dominant pass rushers in the NFL, recording 12 sacks last season. This is the Browns’ second major free agency move for their defensive line, as they picked up pass rusher Takk McKinley in March.

Clowney spent last season on a one-year deal with the Tennessee Titans, where he had a down season, recording only 19 tackles and zero sacks in eight games before being sidelined for the remainder of the year with a knee injury. Following his signing with the Browns, Clowney spoke about his frustration of being routinely double-teamed in his career, and hopes that with Garrett alongside him, he will be able to have more one-on-one matchups.

Clowney was the No. 1 overall pick in the 2014 NFL draft by the Houston Texans, and spent five seasons rushing alongside Canton-bound defensive end J.J. Watt. The Texans made the playoffs in three of his seasons, but never made it beyond the Divisional Round. Clowney now joins a Cleveland team that is fresh off their best season in recent memory, going 11-5 in the 2020 regular season and upsetting their AFC North rival Pittsburgh Steelers on Wild Card Weekend before falling to the Kansas City Chiefs the following week.

With Clowney now in the mix, the Browns will certainly continue to be a contender in the AFC.