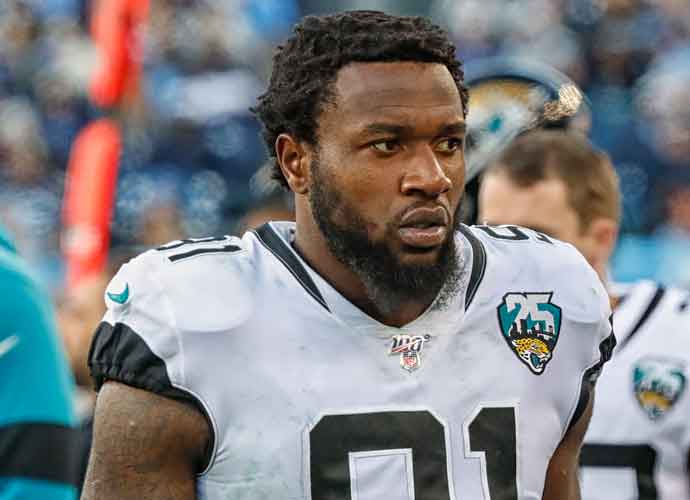 NASHVILLE, TENNESSEE - NOVEMBER 24: Yannick Ngakoue #91 of the Jacksonville Jaguars watches from the sideline during a game against the Tennessee Titans at Nissan Stadium on November 24, 2019 in Nashville, Tennessee

The Jacksonville Jaguars don’t have a lot of expectations for this season, given all the turmoil that has occurred in their organization in recent years. Last year was no different with the Jaguars going 6-10, last in the AFC South. With players like Jalen Ramsey, Calais Campbell, AJ Bouye, Dante Fowler Jr. and Malik Jackson, among other players, on their defense alone no longer on the team from the Jaguars’ 2017 AFC Championship Team. The Jaguars also have some disgruntled players on their current roster in Yannick Ngakoue and Leonard Fournette, both wanting out of Jacksonville. There are some nice young pieces on both sides of the ball in Jacksonville that will allow the Jaguars to compete in 2020 with guys like Gardner Minshew, DJ Chark and Dede Westbrook on offense, as well as Josh Allen, Myles Jack, K’Lavon Chaisson, and CJ Henderson on defense. The pressure will be on Jaguars’ head coach Doug Marrone to quiet all the outside noise and make sure that his team focuses on everything they can control, but it will be tough because if the Jaguars don’t perform, I wouldn’t be surprised if Marrone is looking for a new job at season’s end.

Looking at the Jaguars’ schedule for this season, they have a decent start prior to their bye, but after their bye, they have a gauntlet of games. Prior to their bye, they play a game against each of their division foes, two of which are on the road. Could they sneak out a win, maybe but I can’t see them winning more than one game against the Texans, Colts and Titans prior to their bye. Also before their bye week, they play the Dolphins, Bengals and Lions, all three of which the Jaguars can win, especially since the games against the Dolphins and Lions are both at home. Looking at their pre-bye week schedule it looks like the Jaguars will most likely be 3-3. If they have a better record than that entering their bye, maybe that will be a sign of good things to come. If they have a worse record than 3-3 entering their bye week, I wouldn’t be shocked if Marrone is fired.

Given the unpredictability of the NFL at times, I will keep an eye on the Jaguars, simply because who knows what might happen, they may come out and take the league by storm. These are the five Jaguars games that I will try to attend in 2020 and think you should too:

The reason for me picking these five games has nothing to do with me thinking that the Jaguars will win any of these games, but I do feel that these are games that can be games the Jaguars win. Week 5 against the Texans, I mentioned that the Texans have a rough start to the season, this can be considered a trap game for Houston and one the Jaguars can pull out an unexpected win. Week 8 and Week 11 against the Chargers and Steelers both have similar storylines for the Jaguars as games that they will not be favored to win, but are games that the Jaguars can compete in, especially with that Chargers as the Jaguars will be coming off their bye. With the unpredictability of injuries, both of those games could be games where the Jaguars can win. Week 14 against the Titans can be one of those games late in the year where the Jaguars can play the spoiler and possibly ruin the Titans’ playoff hopes if they pull out the win and since the Jaguars are playing at home, they’ll have a good chance of doing so. Finally, Week 16 against the Bears, this game is one the Jaguars should probably win, but it is not why I have it on here. This game could be the return of Nick Foles, who was traded to Chicago during the offseason, and who knows, maybe he holds a grudge and tries to tear apart the Jaguars defense. That is just a game that has some intrigue.