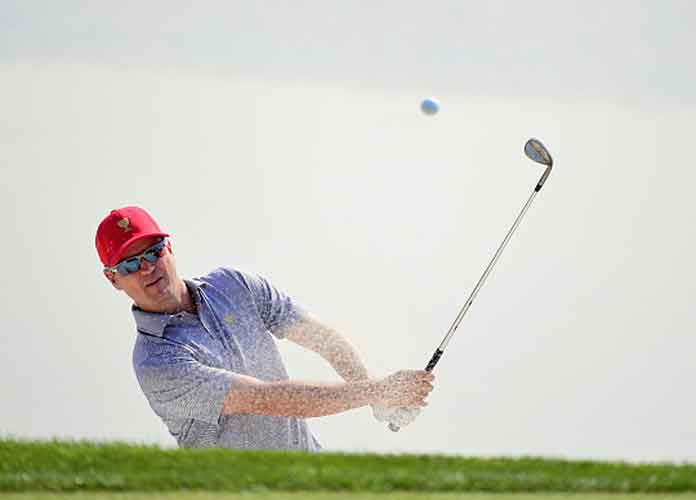 INCHEON CITY, SOUTH KOREA - OCTOBER 06: Zach Johnson of the United States team plays a bunker shot during a practice round prior to the start of The Presidents Cup at the Jack Nicklaus Golf Club on October 6, 2015 in Incheon City, South Korea. (Photo by Harry How/Getty Images)

On his Twitter account Thursday, golfing legend Jack Nicklaus released a statement endorsing President Donald Trump for president ahead of next week’s election. The statement read, “I have had the privilege over the last three-and-a-half years to get to know our current President a little more as his term progressed. I have been very disappointed at what he’s had to put up with from many directions, but with that, I have seen a resolve and a determination to do the right thing for our country. He has delivered on his promises. He’s worked for the average person.”

Get out and vote. I did! pic.twitter.com/IfQb3NeSO3

The 80-year-old has continued to support the president even after he and his wife were diagnosed with COVID-19 earlier this year but neither suffered from any symptoms.

Nicklaus and Trump have had a long-standing relationship often playing together at Trump golf courses.