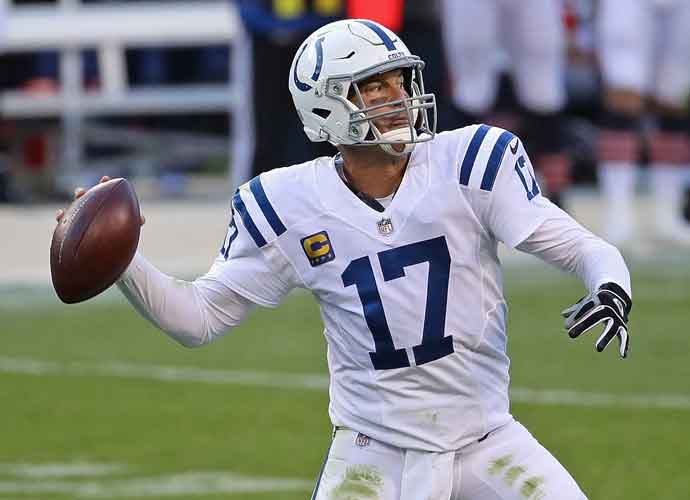 CHICAGO, ILLINOIS - OCTOBER 04: Philip Rivers #17 of the Indianapolis Colts passes against the Chicago Bears at Soldier Field on October 04, 2020 in Chicago, Illinois. The Colts defeated the Bears 19-11 (Photo: Getty)

It was just business as usual for the Indianapolis Colts against Tennessee Titans during their week nine matchup on Sunday.

Colt’s coach Frank Reich is now four and one against Titan’s coach Mike Vrabel after Sundays win. The Colt’s themselves are 14-5 in their home stadium. The next matchup between these two teams will be on November 29.

Heading into the game, the Colts were one of the NFL’s best defensive teams in fewest yards allowed. While the Titans were in the top 10 for yards per game, they were averaging 384.6 per game. The Titans were ranked seventh in the league in average points with 29 per game.

Indianapolis outgained Tennessee by a margin of 430-291. The Colts were successful in containing the Titans offense. Indianapolis routed the Titans 34-17. The win enabled Indianapolis to become first in the AFC South division and have the tiebreaker edge over the Titans.

For the Titans, it was another loss in a string of losses. Tennessee has now lost three of its four games. This is not a good sign for Titans fans as their team will face a string of tough opponents for the next few games.

The Titans woes in their special teams continue as they started a third different punter in three games. Tennessee signed and promoted punter Trevor Daniel from their practice squad last weekend. Daniel’s first punt was good enough for 17 yards. He punted twice and finished with 64 yards and was blocked once. Titan’s kicker Stephen Gostkowski missed a 44-yard field goal to add to Tennessee’s woes. Titan’s coach Vrabel later said, “We’re going to have to evaluate everything that we do.”

Colt’s quarterback Philip Rivers was great during the game. He finished the game 29 of 39, passing for 308 yards and one touchdown. Rivers passed Hall of Famer Dan Marino for fifth place in all-time passing yards. Rivers currently has 61,666 career passing yards.

Running back Nyheim Hines finished the game scoring two touchdowns with 70 yards. It was also, his birthday that game. “I’ve never had a game like this on my birthday, so my 24th birthday is going to be one I’m always going to remember,” Hines said. “I knew one thing: I didn’t want to settle for average, I wanted to play great. ”

In somber news, Titan’s wide receiver Corey Davis played during the game after losing his brother to cancer a day prior. He was able to finish the game with a team-high of five catches and 67 yards. Davis felt that his brother’s presence was with him during the game. Davis reflected on his brother. “I wore his number every year to copy him,” he said. “He thought it was annoying, but I looked up to him tremendously. That was my idol, my hero. I tried to honor him tonight.”