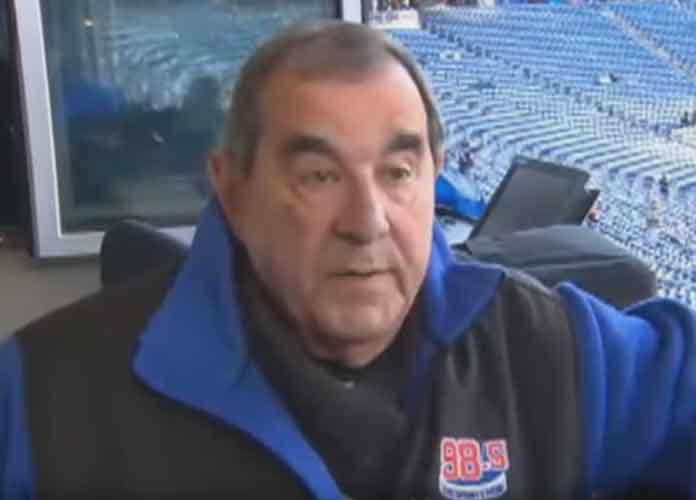 His son Mark Santos reportedly confirmed the death, for which a cause was not immediately revealed.

Gil Santos began calling Patriots games as a color analyst for WBZ in 1966. He held this position, and also started doing play-by-plays for the team, until about 1980 when the radio station lost the Patriots’ broadcast rights. Santos returned to the station in 1991 and retired after the 2012 NFL season. He announced 743 Patriots games in total.

According to WBZ, Santos also died on his 57th wedding anniversary.

Santos was inducted into the Massachusetts Broadcasters Hall of Fame in 2009. Four years later, he was named to the Patriots Hall of Fame.

The broadcaster was known for his lively calls of Patriots games, especially the three Super Bowls the team won. Perhaps one of the most unforgettable games Santos called was New England’s Super Bowl XXXVI victory after the 2001 season, when the Pats defeated the then-St. Louis Rams 20-17 thanks to a 48-yard field goal from Adam Vinatieri in the final seconds.

“It was my privilege to honor Gil with his induction into the Patriots Hall of Fame in 2013,”said Kraft. “His legacy and most memorable calls will live there for future generations of Patriots fans to enjoy.”

Besides his son, Santos is survived by his wife Roberta, his daughter Kathleen and two grandchildren.

Here are more tributes to Santos:

Gil Santos either didn’t know or didn’t care that he was a legend. Because he never acted like one. Rest In Peace, Gil.

Was a mentor, friend. I loved him. Here’s story @wbz did on him

I still get chills listening to Gil Santos call the end of the #Patriots Super Bowl 36 win. pic.twitter.com/NTOtwtMyBb