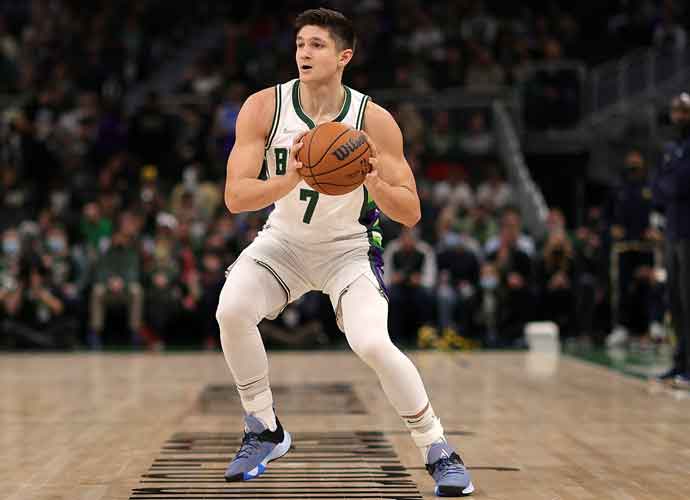 MILWAUKEE, WISCONSIN - DECEMBER 15: Grayson Allen #7 of the Milwaukee Bucks handles the ball during a game against the Indiana Pacers at Fiserv Forum on December 15, 2021 in Milwaukee, Wisconsin.(Photo by Stacy Revere/Getty Images)

The NBA Sunday suspended Milwaukee’s Grayson Allen for one game for Friday’s flagrant 2 foul on Alex Caruso that fractured the wrist of the Chicago guard.

Allen, who was ejected from the Bucks’ 94-90 victory over the Bulls after receiving the foul, was suspended for what was deemed “unnecessary and excessive contact.”

He’ll serve the suspension during the Bucks’ game against the Cavaliers on Wednesday. The team seems to think it’s much ado about nothing.

“We disagree with the suspension,” the team said in a statement. “We support Grayson and look forward to him rejoining our team for Friday’s game vs. New York.”

Caruso is scheduled to have wrist surgery that will sideline him for six to eight weeks.

“Nothing is changing from what happened the other night to where we are now, and the best thing we can do as a team is just move on,” Bulls coach Billy Donovan said. “That’s really the only thing we have control over. I feel bad for Alex that he’s going to be out this long more so than anything else.”

It was only the second time in his pro career that Allen, in his first season with the Bucks, had been called for a flagrant foul—the other being in a 2019 Summer League game.