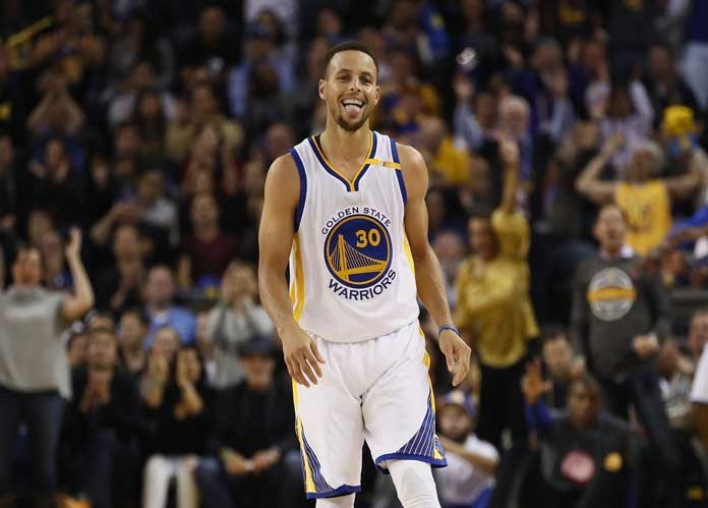 Just ten months ago, Golden State Warriors forward Kevin Durant laughed off the idea that the Portland Trail Blazers could make the Western Conference Finals when CJ McCollum suggested it.

“Don’t worry about what goes on at the top of things,” the 2014 MVP said at the time. Now, Portland is right there with them, playing a best-of-seven series to represent the Western Conference. Monday night’s game in Oakland will air at 9 p.m. EST on ESPN.

Golden State enters the series as the favorites. However, this NBA season has suggested that means anything other than guaranteeing a win. With Durant out for at least the first two games of the series, the Houston Rockets pushing the Warriors for six games, and most likely, DeMarcus Cousins out for the entirety of the series, the Trail Blazers’ time to knock out coach Steve Kerr and the Hampton Five is now.

The @trailblazers advance to the Western Conference Finals! #NBAPlayoffs pic.twitter.com/wiYzfT44aS

Even without Durant and Cousins, the Warriors still field a better starting lineup than the Trail Blazers. Damian Lillard and McCollum could only hope to emulate what Steph Curry and Klay Thompson have done to revolutionize the game of basketball. For the last four years, those two — the “splash brothers” — have been at the forefront of the league.

However, since courting Durant, Golden State has lacked the depth that was prominent at the start of their dynasty. While Portland finished in the bottom third of the league in bench scoring, they still did better than Kerr’s squad.

And though Kerr is the most prominent coach in the league, that doesn’t mean that Portland’s Terry Stotts is a slouch. He’s taken the Trail Blazers to six consecutive playoff berths and even locked up the third seed this year.

While Golden State has zoomed to four straight Finals, this may be their toughest one yet. If the Warriors hope to win a fifth title, which very few groups of teams have done, they’ll have to fend off Portland at home first.