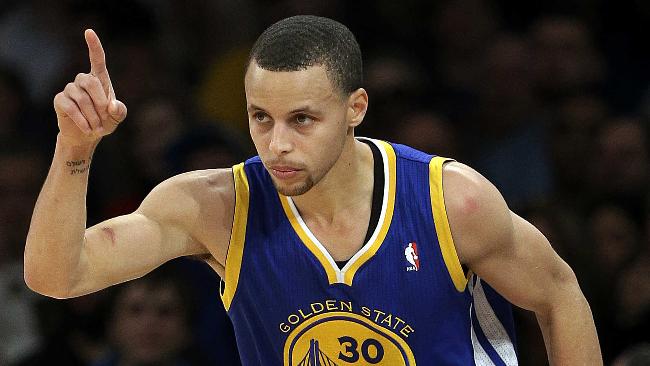 In one of the most exciting races for the NBA’s Most Valuable Player Award in some time, Stephen Curry has come away with the 2015 award.

It was a great season for Stephen Curry both as an individual and a teammate. Curry averaged 23.8 points a game in the regular season, 7.7 assists a game, and 2.04 steals a game, proving he’s a threat from multiple parts of the game. He also hit 286 three-pointers, breaking his own NBA record. Curry’s leadership on and off the court also helped the Warriors reach new heights, as they not only led the league in all of the major scoring categories, but also to become just the 10th team in history to reach 67 wins. The Warriors’ regular season success has been matched so far in the playoffs, as Golden State is currently 5-0 in the postseason.

The award comes as another great chapter in Stephen Curry’s amazing story. After being passed up by many top basketball schools for his size, he led Davidson to the Elite 8 in the 2008 NCAA Tournament. He was selected 7th overall in the 2009 NBA Draft by the Warriors. After many seasons of building the team around him, Golden State’s now seeing the fruit of their labor by becoming the NBA Playoffs favorite and the best team in the league during the regular season.

Curry will get back to business on Tuesday night in the Warriors’ Game 2 against the Memphis Grizzlies in the second round of the NBA Playoffs.