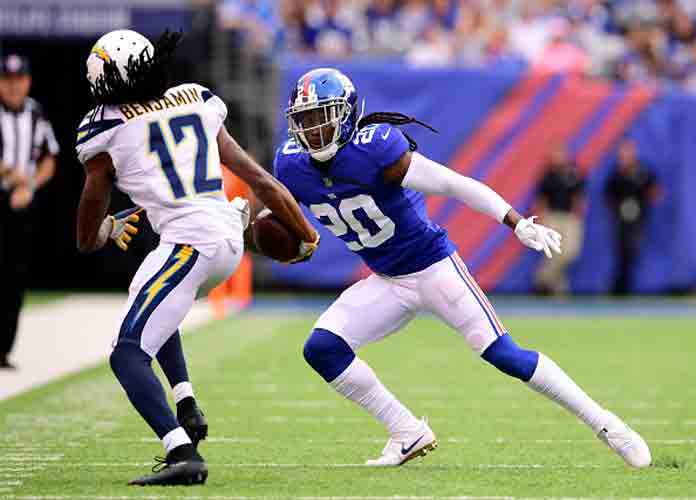 Things had briefly seemed to be looking up for the New York Giants following their first victory of the season, but now they’ve gone back to being a disaster.

The team indefinitely suspended 29-year-old starting cornerback Janoris Jenkins on Tuesday after he failed to return from the bye week on time.

Jenkins — a one-time Pro-Bowler who is in his second season with the Giants — will thus miss Sunday’s home matchup against the Los Angeles Rams, Jenkins’ former team for whom he played his first three seasons when they were in St. Louis.

This marks the second time in three weeks that the G-Men suspend a starting defenseman: cornerback Dominique Rodgers-Cromartie was sent home after getting into an argument with head coach Ben McAdoo after the team’s loss to the Los Angeles Chargers in Week 5. The team reinstated Rodgers-Cromartie after he missed just one game.

“As a member of this team, there are standards and we have responsibilities and obligations,” McAdoo said in a statement. “When we don’t fulfill those obligations, there are consequences. As I have said before, we do not like to handle our team discipline publicly. There are times when it is unavoidable, and this is one of those times.”

Jenkins and two other players were absent from Monday’s practice: running back Paul Perkins and cornerback Eli Apple. McAdoo said the latter two were excused for personal reasons.

EAST RUTHERFORD, NJ – OCTOBER 08: Travis Benjamin #12 of the Los Angeles Chargers is knocked out of bounds by Janoris Jenkins #20 of the New York Giants in the first quarter during an NFL game at MetLife Stadium on October 8, 2017 in East Rutherford, New Jersey. (Photo by Steven Ryan/Getty Images)