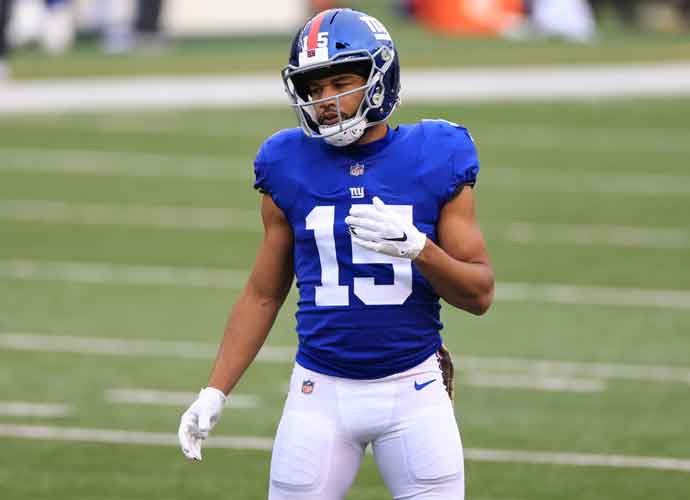 CINCINNATI, OHIO - NOVEMBER 29: Golden Tate #15 of the New York Giants on the field in the game against the Cincinnati Bengals at Paul Brown Stadium on November 29, 2020 in Cincinnati, Ohio. (Photo by Justin Casterline/Getty Images)

The New York Giants have announced that they have released wide receiver Golden Tate in a cost-cutting move.

On Wednesday, Tate took it to social media to talk about the situation. “I appreciate the conversations and professionalism the Giants management showed me earlier today,” Tate wrote. “Always a class-act organization from start to finish, your respect means the world to me and my family.

Tate, 32, caught 35 passes for 388 yards and two touchdowns in 2020. It was his least productive season since his rookie year, partly because he missed four games and only started four games because he was the team’s third receiver behind Sterling Shepard and Darius Slayton.

Due to his lack of playing time and opportunities, there was some frustration following the Giants’ primetime loss to the Buccaneers on November 2. Tate was caught on camera yelling, “Throw me the ball!” after his touchdown in the fourth quarter to put the Giants in a position to win.

His wife Elise posted that night on Instagram about Tate’s lack of opportunities, and Tate later liked a tweet suggesting he should be cut and given an opportunity elsewhere.

The Giants signed Tate to a four-year deal worth $36.3 million with $22.95 million guaranteed after trading wide receiver Odell Beckham Jr. in 2019.

Tate played 11 years between the Seahawks, Lions, Eagles, and Giants. He made the Pro Bowl team and won a Super Bowl as one of Seattle’s most productive receivers.

The former Notre Dame star has 695 career catches for 8,278 yards and 46 receiving touchdowns.