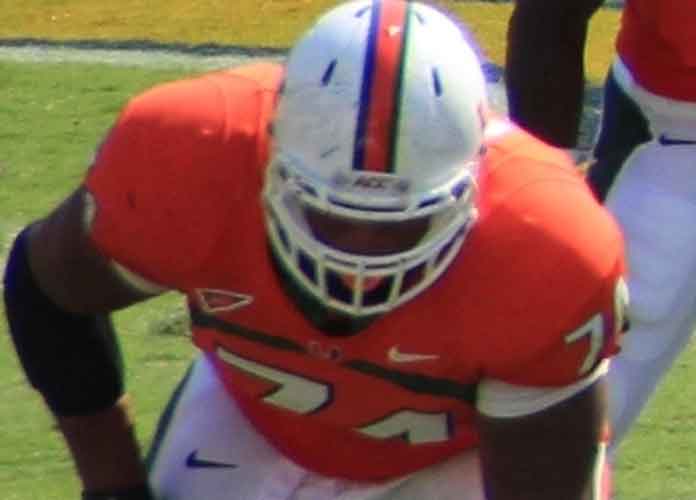 Ereck Flowers‘ career as a New York Giant looks to be over. The team was unable to trade the former first-round pick before placing him on waivers Tuesday.

Flowers was the ninth overall pick in the 2015 NFL draft and started 46 games at left tackle his first three seasons. To say he struggled is an understatement.  According to Profootballfocus.com, Flowers led the league in total pressures allowed since 2015 with 180, 15 more than the second worst. On top of that, since 2006, he ranks dead last in pressure percentage allowed (9.45%) among 275 offensive linemen with at least 1,800 pass-block snaps.

The Giants tried to move Flowers to right tackle this offseason and started him for the first two games this year before they gave up. New York made the decision to move on from Flowers earlier this week and ESPN reported that they were looking for a trade partner to take on his $1.7 million contract.

“I think it’s just kind of run its course,” coach Pat Shurmur said Monday. “We appreciate Ereck’s efforts, and we just wish him the best. Sometimes a change of scenery is good for a person, and we’re just hopeful he can go out and continue to have a good career.”

After Will Beatty tore his pec muscle, Flowers was forced into the starting role at left tackle during his rookie season. Flowers stayed there until this offseason when the Giants signed Nate Solder to a record deal.

Flowers’ time with the Giants was filled with poor performance on and off the field. He had a confrontation with his position coach during his rookie season and pushed a reporter after a loss during the 2016 season. Since the 2013 NFL draft, New York has selected three offensive linemen with top-50 picks. After drafting Weston Richburg in 2013 and Justin Pugh the following year, the Giants took Flowers as the final piece of the puzzle. Now, all three big men will be off the team’s 53-man roster and New York will likely be scouting lineman this season.