Get The Gear: WWE T-Shirts - uSports.org 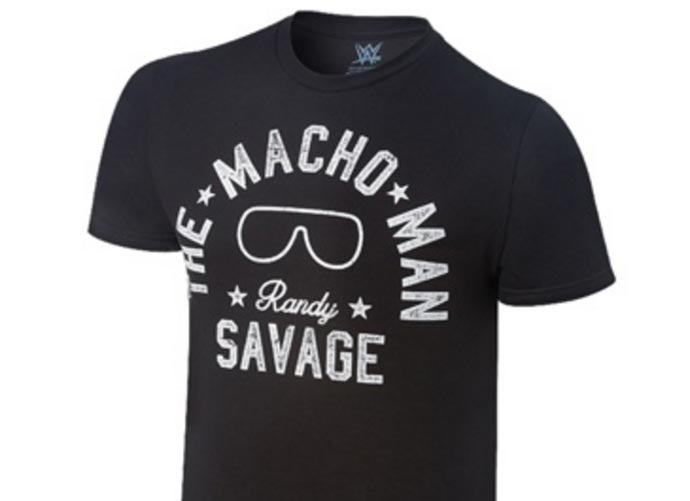 Get The Gear: WWE T-Shirts

For a sport where almost all of the competitors are shirtless, the WWE makes some pretty cool t-shirts. And, once you think about it for a second, that makes sense. Wrestling has long been the domain of outlandish, over-the-top characters, who have distilled their identity into a few select details. The Undertaker, for example, is nothing with his long hair and black leather outfits. Ultimate Warrior? He can’t be seen without his signature face paint.

Here’s some of the coolest shirts we found that pay tribute to some of wrestling’s best. 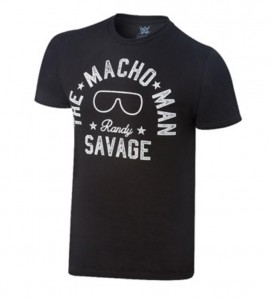 Speaking of great characters, there was no one like Macho Man Randy Savage. With his signature glasses, crazy suit-hat combinations and unmistakable voice, the late star was one of a kind. He was inducted into the WWE Hall of Fame in 2015 and captured two WWE World Heavyweight titles and one WWE Intercontinental title during his career.

While this shirt is certainly more subdued than anything the Macho Man would wear himself, it’s definitely got a boldness that he would appreciate. If you’re wearing it, there’s no question where your fandom lies. 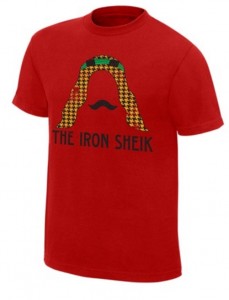 During the 1980’s there was no bigger heel than the Iron Sheik. Inspired by the Iranian hostage crisis and the Cold War, he formed a tag team duo with Nikolai Volkoff; their pre-match routine usually consisted of waving the flags of Iran and the Soviet Union, singing the Soviet National anthem and generally disparaging America. The crowds ate it up and the Sheik became a star in his own right.

The Iron Sheik still remains in the realm of pop culture today; in 2013, for example, he challenged Toronto Mayor Rob Ford to an arm wrestling match. He was also a legitimate wrestler in his own right, representing Iran in the 1968 Olympics and, as far as anyone can tell, is a much better guy than how he appeared in the ring. And, on the cynical side of things, Hulk Hogan would never have become the star he was if he didn’t beat the Sheik. 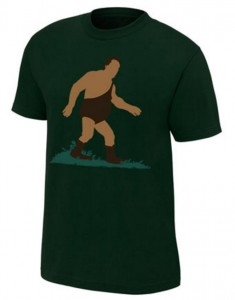 Based on pure size alone, there will never be another wrestler like Andre the Giant. Born in Grenoble, France, Andre was listed as 7’4″, 520 lbs and he used that size to his advantage in the ring. He was a World Tag-Team Champion, a WWF Heavyweight Champion and went undefeated for nearly 15 years.

Andre also held a 1974 Guinness World Record as the highest earning wrestler after he took home around $400,000 that year. The shirt not only pays homage to Andre’s size and reputation as the “eighth wonder of the world” but his acting debut in the TV series the Six Mililon Dollar Man; based on his size, the wrestler played Bigfoot.

Read more about:
Get The Gear Wrestling WWE