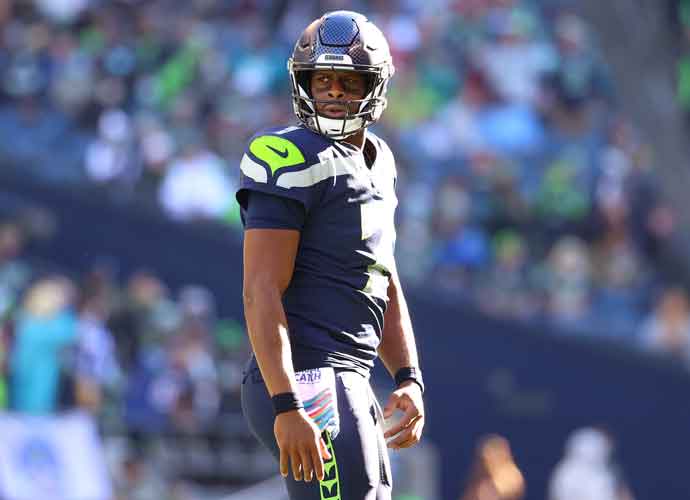 SEATTLE, WASHINGTON - OCTOBER 31: Geno Smith #7 of the Seattle Seahawks reacts against the Jacksonville Jaguars during the second quarter at Lumen Field on October 31, 2021 in Seattle, Washington. (Photo by Abbie Parr/Getty Images)

Geno Smith has a good chance to win the Comeback Player of the Year Over reward – but it may be a close competition.

Given what was expected this year, the 32-year-old quarterback has been remarkable for the Seattle Seahawks.

Smith has completed 73 percent of his passes so far this season, throwing for 2,199 total yards with 15 touchdowns.

He has averaged a passer rating of 107.2 on the season.

The play of Smith has also helped carry the Seahawks to a 6-3 record and two games ahead of the San Francisco 49ers in the NFC West.

And it has put him in a prime position to win Comeback Player of the Year and the is the favorite to do so, according to Las Vegas Sports Betting.

And the reason why Smith makes sense for the award is because of his NFL journey.

Smith first started his NFL career with the New York Jets and was the starting quarterback for the bulk of his two first years there.

Since then, he has been mostly used in a backup role with the New York Giants, Los Angeles Chargers and Seahawks.

However, Smith, last year got a chance to start a few games in absence of Russell Wilson and had a strong showing.

Not thinking Smith was the future, the Seahawks looked like they were starting to rebuild when it traded Wilson.

However, Smith has impressed and might be able to hold steady as the Seahawks’ starter for the next handful of years.

Now keep in mind, he is on the wrong side of 30 – meaning the Seahawks will eventually need to draft or acquire someone who is younger with upside.

But for now, Smith is getting the job done and is poised to win Comeback Player of the Year.

Also, having an impressive comeback season is Saquon Barkley for the New York Giants.

Barkley has struggled to stay on the field with injuries after being drafted second overall pick in the 2018 draft.

But the talent is there.

This year, Barkley has rushed for 779 yards and five touchdowns and is a +150 underdog to win Comeback Player of the Year.

But we are approximately just midway through the season – and there will be plenty of time for both Barkley and Smith to pad the stats.