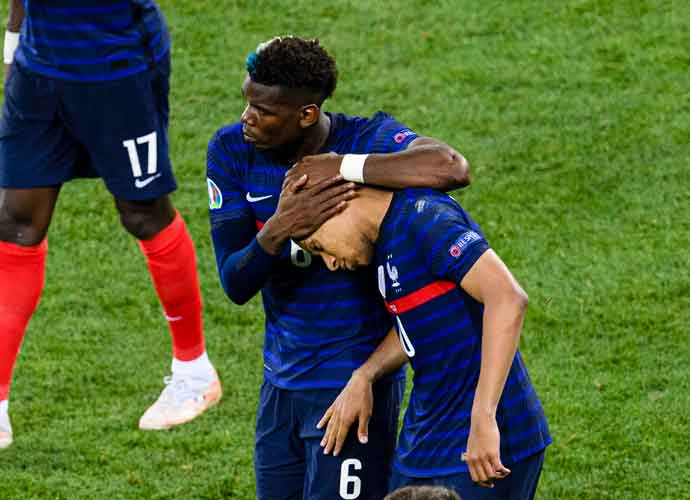 BUCHAREST, ROMANIA - JUNE 28: Kylian Mbappe of France (R) after missing a penalty shot during the UEFA Euro 2020 Championship Round of 16 match between France and Switzerland at National Arena on June 28, 2021 in Bucharest, Romania. (Photo by Marcio Machado/Getty Images)

Switzerland defeated the defending World Cup champions, France, in the 2020 Euros via penalty kicks on Monday.

Switzerland opened the scoring with a Haris Seferovic header and carried this 1-0 lead through halftime. A Swiss penalty kick was turned away by French goalkeeper Hugo Lloris, and Karim Benzema furthered this momentum in the form of a goal to level the score at 1-1. Another goal quickly thereafter from Benzema pushed France to a 2-1 lead. Paul Pogba then struck a beautiful ball past the Swiss goalkeeper to double France’s lead and it seemed that the sluggish French start had been shrugged off.

Haris Seferovic, though, headed in his second goal of the game in the 80th minute, and another quick tally from Mario Gavranovic knotted the score at 3 apiece.

Kylian Mbappé had an extraordinary chance in extra time to send France to victory, but his in-tight shot was hammered into the side netting rather than the back of the goal. This miss, alongside no Switzerland conversions, sent the game to penalty kicks for a final decision.

Mbappé had a chance to redeem himself at the spot, but his shot was deflected away by Swiss goalkeeper Yann Sommer, clinching the upset victory for Switzerland.

“It’s hugely disappointing. We completely messed up our first half. We reacted in the second half but then left them space and they came back,” noted France defender Raphael Varane.

With the win, Switzerland faces perennial powerhouse Spain in the quarterfinals, who won in extra time against Croatia by a score of 5-3.