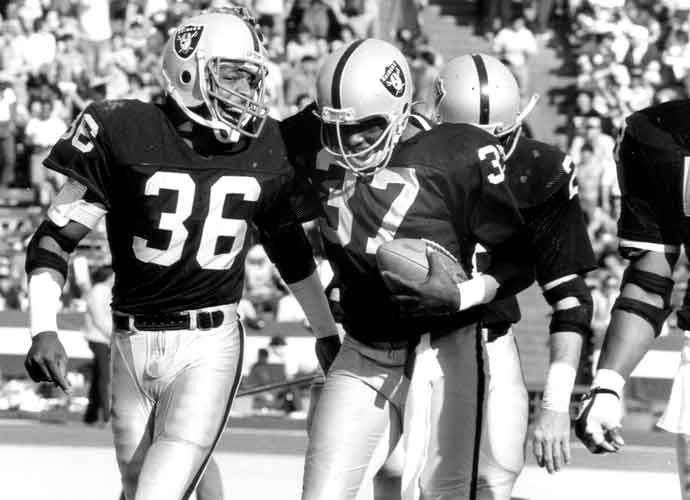 On Sunday, the Raiders released a statement announcing the former defensive end’s passing. “The Raiders family is deeply saddened by the passing of Mike Davis,” the statement said. “Mike was a beloved teammate, friend, and cherished part of our family, the team said. “The thoughts and prayers of the Raider Nation are with Mike’s family: Mary, Mike Jr., and Allen. Mike will forever be in our hearts and minds.”

The Raiders Family is deeply saddened by the passing of Mike Davis.

Davis was selected by the Raiders in the second round of the 1977 NFL Draft. The defensive end spent most of his career with the Raiders from 1978-198, both in Oakland and Los Angeles. The former Raider appeared in 115 games and tallied 11 interceptions as a two-time Super Bowl champion.

The memorable highlight from the defensive end’s career came in the 1981 NFL Playoffs. In the 1981 AFC Divisional Playoffs, the Raiders faced the Cleveland Browns in a close game. The Raiders held a 14-12 lead with a minute left in the game. The Browns had the ball at the Oakland 13 in position for a potential winning field goal but opted for a pass instead. At the time, Brown’s Kicker Don Cockroft had already missed one extra point and two field goals, so Cleveland head coach Sam Rutigliano called for a pass play called “Red Slot Right, Halfback Stay, 88,” on second down. When the play began, Cleveland quarterback Brian Sipe attempted to find the tight end, Ozzie Newsome, in the end zone. Instead, Davis slipped in front and intercepted the pass to seal the victory.

The interception sealed the Raiders’ win, and the team then went on to win the Super Bowl. Davis will be missed.