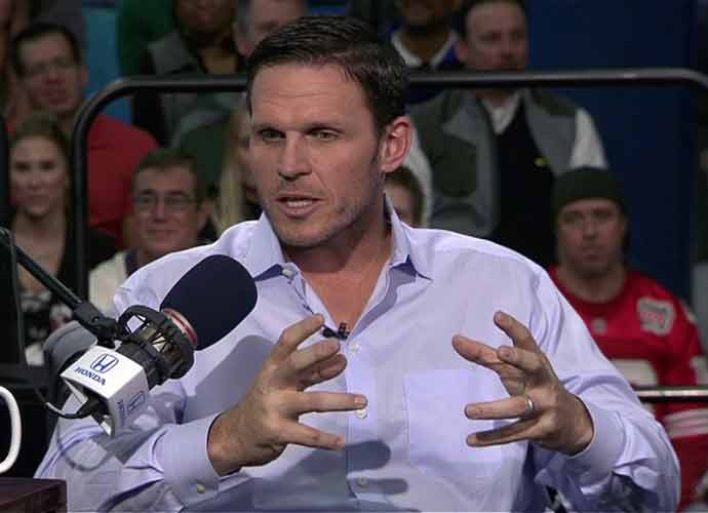 Former All-Pro Jaguars offensive tackle Tony Boselli confirmed Thursday that he’s been diagnosed with the coronavirus (COVID-19). In an interview with The Florida Times Union , Boselli detailed his experience thus far which included being hospitalized at the Mayo Clinic for five days.

Boselli’s 47-year-old wife Angie also tested positive, but has fully recovered and never had a fever or serious symptoms. Boselli is also 47 but his situation was far worse.  His health was deteriorating so badly that he had to be placed in the intensive care unit. He needed two IV’s and required oxygen to help his breathing turn back to normal.

“For whatever reason, [COVID-19] buried me and didn’t do much to her,” Boselli said. “She’s obviously much tougher than I am. She had 7-10 days where she didn’t feel like herself, but her symptoms were mild.”

Although Boselli is still recovering, he says he can’t wait to get back to doing physical activities such as riding his beach cruiser. “I can still feel my lungs aren’t all the way back,” Boselli said. “I have no fever. The cough is under control. I get tired quicker, but I’m starting to answer emails.”

The former All-Pro lineman who played in Jacksonville from 1996-2001, documented his battle with the virus in a 45-minute interview. He said his symptoms started occurring two days after a golf outing at the Sawgrass Country Club and that same day he went out to lunch with two friends who underwent a 14-day quarantine after learning of Boselli’s diagnosis.

He woke up “feeling lousier” and ended up with a fever before receiving a call that informed him and his wife that they had been exposed to someone with the virus. Boselli initially called the Mayo Clinic and eventually tested positive on March 20. Five days later he felt “wheezing in his chest” and could barely move. He later returned to the hospital expecting another test that would show he was medically cleared, but was given a chest x-ray and the doctor told him “you’re not leaving” after the results revealed low oxygen levels.

The next ten days were brutal as Boselli lost 20 pounds in the hospital and wasn’t sure if he’d ever recover.

“I guess the thought was there’s no way this is how the story is supposed to end here,” Boselli said. “This is nuts. I never felt like, ‘poor me, or why me?’ You get sick, it happens. But the fact I was in the hospital with the coronavirus and crazy thoughts were going through my mind, like ‘I can’t believe this is going on.’

“The worst was my second day in ICU when they were upping my oxygen levels. That was probably the lowest, scariest moment. I had no family around me. I can’t remember exactly what the doctor said, something about the machine needing to go to another level for more oxygen if that didn’t work.

“Whatever drugs they were giving me, in combination with the oxygen, it got me to where I needed to be. I never had to find out what that next level was.”

Boselli initially preferred to keep his story private and was focused on regaining his health. He wanted to make sure his wife and family were okay before revealing his story to the public. After his symptoms improved, he decided to come forward to tell his story.

Since being released he has graciously thanked the staff at the Mayo Clinic for helping him through his battle with the infamous disease.

“People were amazing,” said Boselli. “Doctors, nurses, [physician assistants], people that cleaned my room, technicians taking blood, I can’t say enough good things about them. You have all these people covered up in their suits in your room, but they treated me great and made a bad situation as bearable as possible. They’re a bunch of studs in my book. Just the relationships and notes I got from people, the text messages and emails, it makes you realize what a blessed man I am.”

In regards to social distancing and following government enforced rules, he urges people to consider others and abide by recommendations to stay inside.

“The reality is the majority of people my age or younger who get it are probably going to be fine,” said Boselli. “But look at me, I was healthy with no issues at all and ended up in ICU. I guess you can play the odds and be ok.

“But I can’t imagine anyone who has underlying medical issues already having to go through what I did [and surviving]. As all of us look at this coronavirus, you have to look at other people and the impact this could have on them. The last thing we want is to put people who are vulnerable at risk. There were people dying in the hospital, so it’s real.

“The thought I would leave with is this: you might be ok, but your neighbor might not be. Try to think of everyone in this situation.”