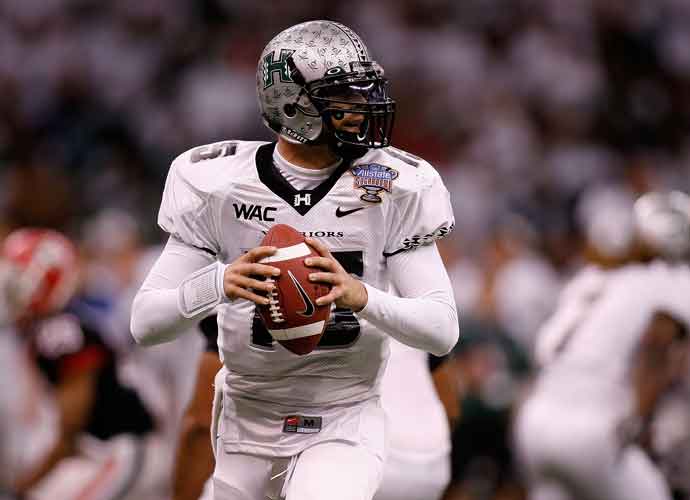 NEW ORLEANS - JANUARY 01: Quarterback Colt Brennan #15 of the Hawai'i Warriors looks to pass against the Georgia Bulldogs during the Allstate Sugar Bowl at the Louisiana Superdome on January 1, 2008 in New Orleans, Louisiana. (Photo by Chris Graythen/Getty Images)

Colt Brennan, former star quarterback at the University of Hawaii, has died at 37, the school stated on Tuesday.

Brennan had been at a rehabilitation center when he was discovered unconscious in his room earlier this week. Brennan had been there for five months, taking part in an inpatient treatment program. His passing came as a shock, as his family believed that he had been improving throughout his time in the facility.

Brennan started at quarterback for the Hawaii Warriors for three years, from 2005-2007, and played a pivotal role in elevating the program to previously unseen heights. He led the NCAA in both passing yards and passing touchdowns in 2005 and 2006. He holds the record for most career touchdown passes in Western Athletic Conference history, with 131. This also ranks fourth in NCAA history. He holds the NCAA record for most games with at least 400 passing yards, with 20, and is tied for the record of most touchdowns between a quarterback and receiver, at 39 with Davone Bess.

In his final season at Hawaii, he led an undefeated Warriors team to the Sugar Bowl, where they lost to Georgia. Following his college career, he was drafted in the sixth round of the NFL draft by the Washington Football Team, but never saw the field in an NFL game. He was eventually released in 2010.