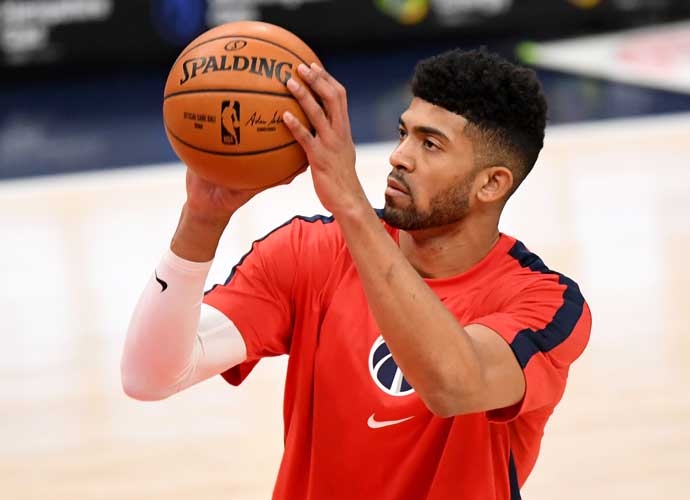 WASHINGTON, DC - MARCH 29: Chandler Hutchison #1 of the Washington Wizards warms up prior to the game against the Indiana Pacers at Capital One Arena on March 29, 2021 in Washington, DC. (Photo by Will Newton/Getty Images)

Former Chicago Bulls first-round pick Chandler Hutchison announced his retirement from professional basketball Thursday. At age 26, he was most recently playing for the Sioux Falls Skyforce, the G-League affiliate for the Miami Heat, after three NBA seasons with Chicago and two stints elsewhere in 2021 and 2022.

BREAKING: Chandler Hutchison, who played 4 years in the NBA & has been playing for the Sioux Falls Skyforce (G-League) has retired.

“Due to personal reasons, I have decided to step away from playing basketball at this time and assess what is best for my future moving forward,” Hutchison said on Instagram.

As a member of the Boise State Broncos in college from 2014 to 2018, Hutchison started in the team’s NCAA Tournament appearance in his freshman season before stepping into a more prominent role. In the 2016-17 season, his junior year, Hutchison developed a new workout routine and jump shot and scored 17.4 points per game. The following year, he rejoined the Broncos and earned first-team honors in the Mountain West Conference and was also a finalist for the Jerry West Award. He scored 20 points per game and 7.7. rebounds.

In the 2018 NBA Draft, the Bulls selected Hutchison with the 22nd overall pick, and his draft profile indicated that he was a dependable player with NBA-ready ability in many areas, but injuries in his first two seasons forced him to miss extensive time to rehabilitate. He returned to action in the 2020-21 season and appeared in two playoff games against the 76ers before he was traded to the Wizards in the offseason.

In stints with the Wizards and later the Suns, Hutchison received fewer opportunities than he received in Chicago and gradually faded away. He was waived by Phoenix in January and bounced around between multiple affiliates before his retirement announcement Thursday.

“I don’t know what the future holds, but I truly believe that God has a plan and this is a step in reaching something greater than I could ever imagine,” Hutchison said.

Read more about:
Chandler Hutchison Chicago Bulls NBA retirement
Listen to the uInterview Podcast!
Get the most-revealing celebrity conversations with the uInterview podcast!