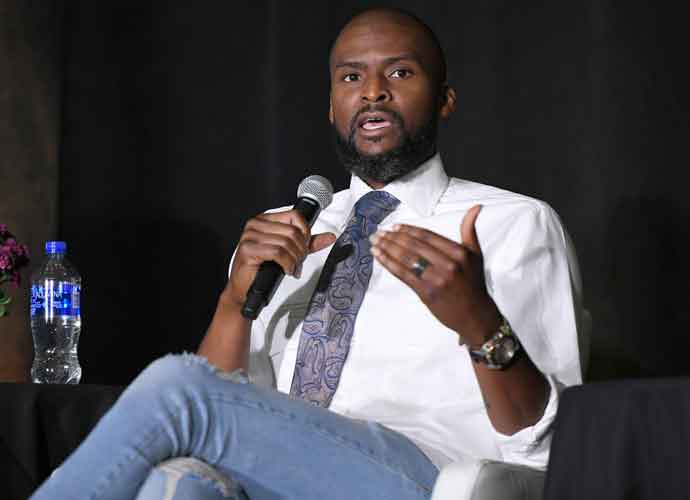 LAS VEGAS, NV - JULY 09: Keyon Dooling, who played 13 seasons in the NBA, speaks during the Bridging the Gap Summit to discuss the transition into life after basketball during the National Basketball Retired Players Association Conference at Caesars Palace on July 9, 2019 in Las Vegas, Nevada. (Photo by John McCoy/Getty Images)

Dooling personally pocketed $350,000 from the scheme and recruited others to join.

The Department of Justice released a transcript of a text exchange with a co-conspirator demonstrating his role in the defrauding of the NBA’s benefits program.

The release from the DOJ U.S. Attorney includes this (text messages) about Keyon Dooling's involvement: pic.twitter.com/IKBgLiqF0G

The Jazz said they were made aware of the situation by Dooling on Wednesday.

“It is a case concerning his time at the National Basketball Players Association, prior to him joining our organization,” the Jazz said in a statement. “He has been put on paid administrative leave. Due to the ongoing legal process, we will refrain from further comment.”

The Jazz play Game 6 in the first round of the playoffs against the Dallas Mavericks in Utah on Thursday. The Mavs have the advantage as the winners of three games in the series.