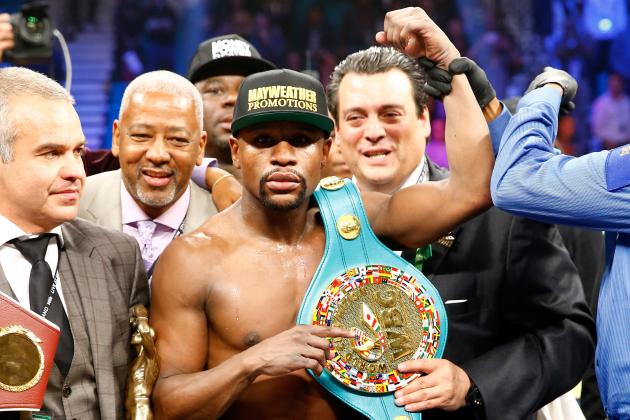 In one of the most anticipated sporting events of the decade, Floyd Mayweather took the victory in his bout against Manny Pacquiao in Las Vegas on Saturday night. Mayweather won the fight unanimously, with the judges’ scores being 118-110, 116-112, and 116-112.

Mayweather survived some flurries of punches from Pacquiao in the early rounds and maintained his usually defensive strategy to come away with a dominant victory. Pacquaio had no answers for Mayweather, who although had no showstopping punches, was highly effective and landed a high 34-percent of his punches. Pacquiao only landed 81 punches overall; Mayweather had 81 power punches alone.

The fight disappointed some fans who were expecting a knockout blow or a back and forth fight, but the match fit in with Mayweather’s style. Mayweather’s matches usually go the full 12 rounds as he usually takes fights from a defensive stance rather than going on the offensive. The judges also tend to score based on punches landed rather than sequences of punches. While the crowd cheered with enthusiasm whenever Pacquiao threw a string of punches, Mayweather’s constant landings were much more effective towards winning the match.

The fight at the MGM Grand was one of the hottest tickets in boxing history, as a who’s who of the rich and famous were among the crowd on Saturday night. It was a huge draw outside of Vegas as well, with the pay-per-view going for $99.99. The expected payout is estimated to be more than $200 million among the two boxers.

Mayweather now moves to 48-0 in his career. His next match is scheduled for September, where he will go to attempt to tie Rocky Marciano’s all-time record of 49-0. Mayweather currently plans to retire after that match. Pacquiao didn’t reveal his future plans yet, other than taking some time off after this fight to get some rest.